Solar Eclipse over the United States

Image captured on 21 August 2017, by the VIIRS instrument, on board the joint NASA/NOAA Suomi NPP satellite. 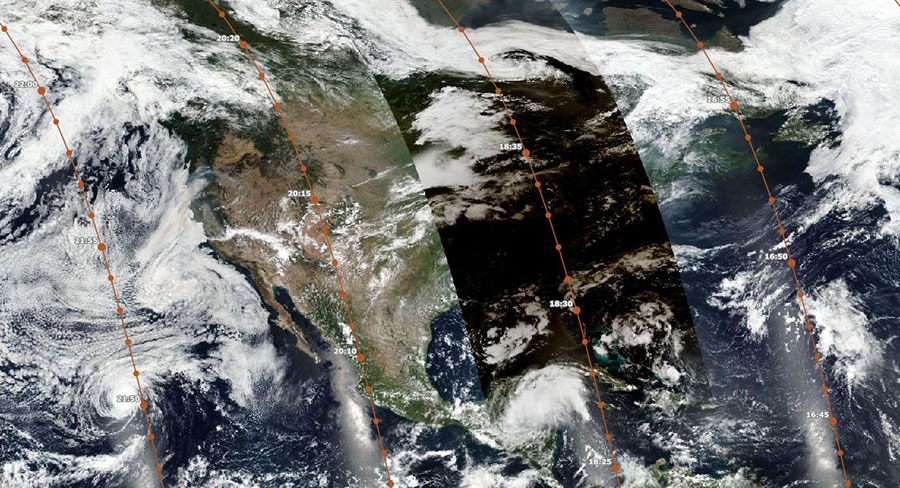 Image showing the shadowing effect of the moon during the solar eclipse over a portion of the United States acquired on 21 August 2017 at approximately 18:35 UTC (as shown by the orange orbit track overlay) by the Visible Infrared Imaging Radiometer Suite (VIIRS) instrument, on board the joint NASA/NOAA Suomi National Polar-orbiting Partnership (Suomi NPP) satellite.