NASA’s Land, Atmosphere Near Real-time Capability for EOS, better known as LANCE, is 10 years old. Here’s a look at 10 LANCE milestones over the past decade.

Since 2009, the Land, Atmosphere Near real-time Capability for NASA’s Earth Observing System (EOS), or LANCE, has been providing data and data products generally within three hours of a satellite observation. The products, services, and data distribution strategies developed by the LANCE team have helped transform not only how Earth observing data are used, but also the worldwide accessibility of these data. As LANCE enters its second decade, it’s worth looking back at 10 LANCE milestones. While this list is not meant to be all-inclusive, it provides an overview of how this major initiative evolved to provide data from instruments aboard Earth observing satellites rapidly, accurately, and consistently.

1. Development of the NRTPE and Rapid Response, the precursors to LANCE

The evolution of what would become known as LANCE began in 2001 with the development of the NASA/NOAA/Department of Defense Near Real-Time Processing Effort (NRTPE). At the request of the U.S. Forest Service (USFS), NASA’s Earth Science Data and Information System (ESDIS) Project collaborated with the USFS and the University of Maryland Department of Geography to create a system called Rapid Response using the NRTPE feed as a foundation. Rapid Response provided access to near real-time imagery from the Moderate Resolution Imaging Spectroradiometer (MODIS) instrument aboard NASA’s Terra and Aqua Earth observing satellites to support wildfire suppression and response.

By 2008, a growing demand for near real-time data spurred a NASA Headquarters-led effort to build a new, more robust system to process and distribute near real-time data. In July 2009, the ESDIS Project led the development of a new near real-time system serving data from not only the MODIS instrument, but also the Atmospheric Infrared Sounder (AIRS) aboard NASA’s Aqua satellite, the Microwave Limb Sounder (MLS) and Ozone Monitoring Instrument (OMI) aboard NASA’s Aura satellite, and, soon afterward, the Advanced Microwave Scanning Radiometer for EOS (AMSR-E) aboard Aqua. This new system was formally established by NASA in September 2009 and named “LANCE.”

In December 2009 the ESDIS Project held a workshop to better understand the needs of LANCE users and to nominate the first members of a new LANCE User Working Group (UWG). This advisory group provides guidance and recommendations concerning topics related to the LANCE system, capabilities, and services and represents the needs of the LANCE applications user communities. The ESDIS Project conducted an informal survey of LANCE users in 2012 to better understand user needs and solicit feedback on improvements to better serve near real-time applications. Formal user surveys were conducted in 2013 and 2016.

4. Rapid Response Integrated with LANCE in 2011

After its establishment in 2001, Rapid Response remained a stand-alone system. Between 2004 and 2011, new MODIS spectral band combinations were implemented to enhance snow/ice, floods, and burn scars. Recognizing the importance of near real-time imagery for users who lived in areas with low internet bandwidth service, the MODIS Rapid Response system was incorporated into LANCE in February 2011. The Rapid Response system was phased out in 2019 and replaced with Worldview Snapshots.

5. The Development of GIBS and NASA Worldview Powered by LANCE (2011)

The Fire Information for Resource Management System (FIRMS), initially developed at the University of Maryland, was transitioned to LANCE in May 2010, and became formally operational in LANCE in May 2012. FIRMS provides near real-time thermal anomaly data (including an approximate location of a detected hotspot) from the MODIS and Visible Infrared Imaging Radiometer Suite (VIIRS) instruments. Global active fire detections can be viewed interactively using the FIRMS Fire Map application, and FIRMS users can sign up to receive email Fire Alerts notifying them of potential fires detected in specific areas of interest. Through this free service, alerts can be received in near real-time or as daily or weekly summaries. Every week approximately 240,000 FIRMS alerts (including daily alerts, Rapid Alerts, and weekly alerts) are sent to users in more than 160 countries, according to the FIRMS team.

7. Improvements in Near Real-Time Data Latency and Reliability

The overall LANCE objective is to provide near real-time data and imagery generally within three hours of an instrument observation. NASA’s Earth Observing System (EOS) Data and Operations System (EDOS) is the primary provider of all LANCE instrument data directly downloaded from NASA EOS satellites like Terra, Aqua, and Aura. In 2011, EDOS made significant enhancements to the way these data were streamed from ground stations and also improved the way these data were processed and prioritized, which helped reduce the latency for data delivered to LANCE. Today, most LANCE products are available to data users less than three hours after an observation, with some products being available less than two hours after acquisition.

Along with new instrument data, new data products are constantly being added to the system. Recent additions include: 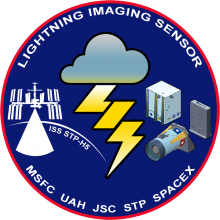 The Lightning Imaging Sensor (LIS) was installed on the International Space Station in February 2017. LANCE LIS near-real time data are available within two minutes of observation and provide total lightning measurements between +/- 48 degrees latitude, a geographic range that includes nearly all global lightning.