Image captured on 24 February 2018, by the MODIS instrument, aboard the Aqua satellite. 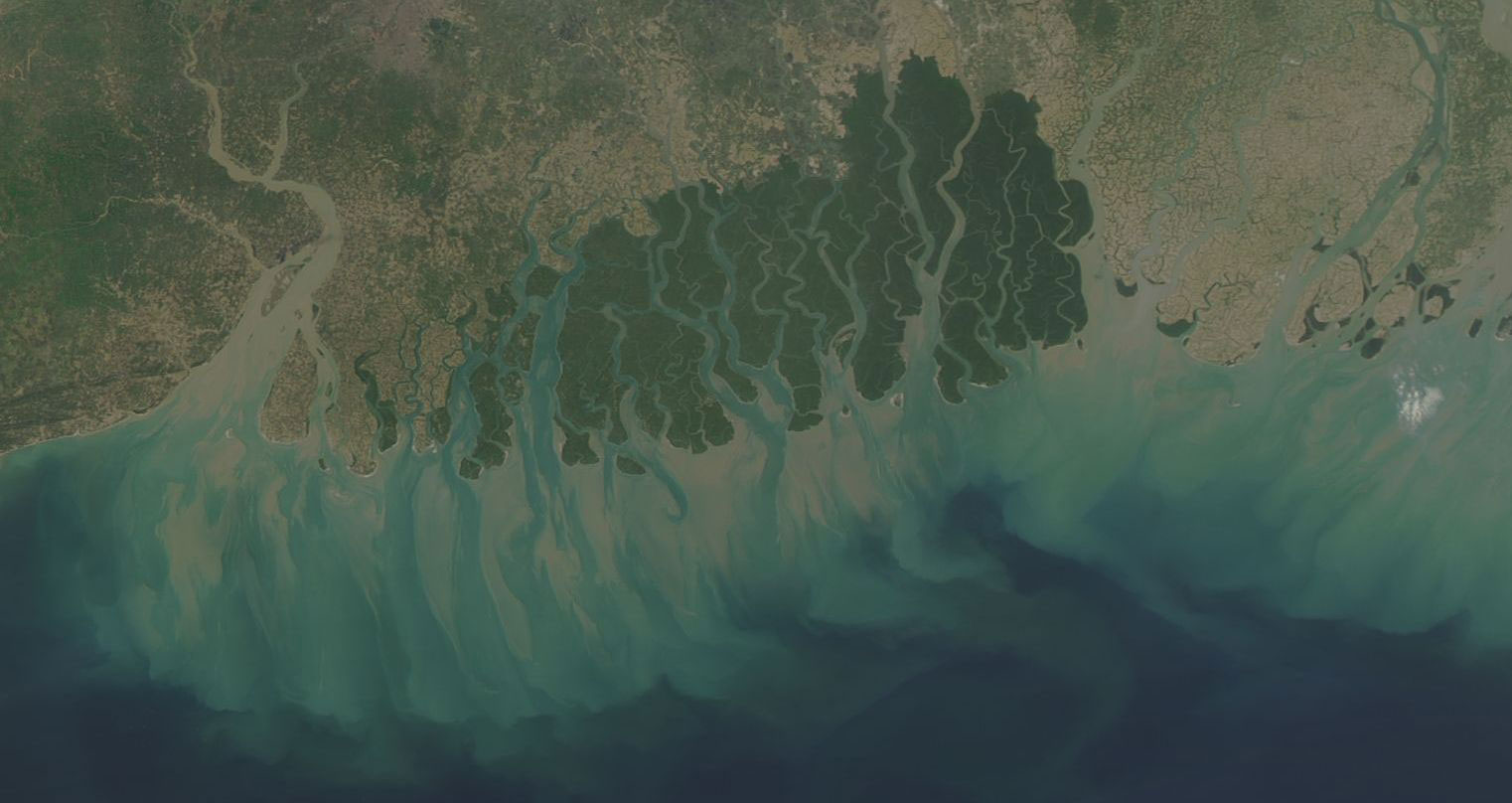 Image of the Sundarbans, acquired on 24 February 2018. The Sundarbans are a large forest in the coastal region of the Bay of Bengal. It contains the world's largest mangrove forest part of which is in India and the other part in Bangladesh. The photo-like, true color corrected reflectance image was captured by the Moderate Resolution Imaging Spectroradiometer (MODIS) aboard the Aqua satellite.