Smoke and fires in northwest India—November 2015

Image captured on 9 November 2015 by the MODIS instrument, aboard the Aqua satellite. 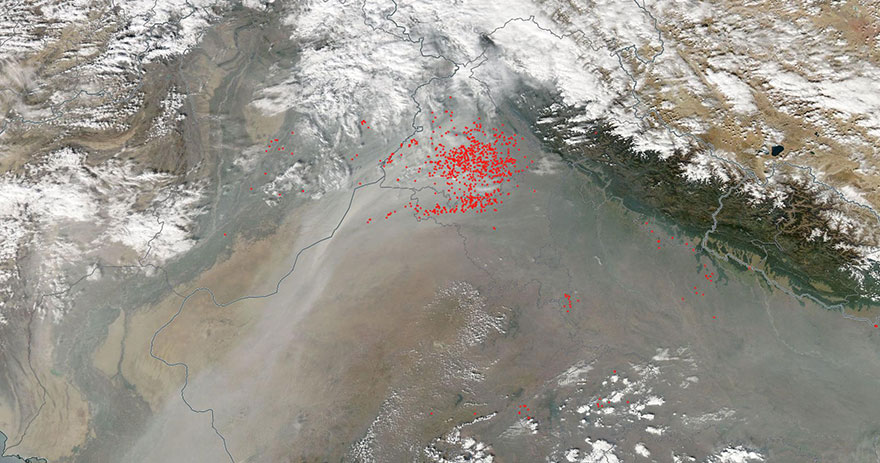 Image of smoke and fires in northwest India acquired on 9 November 2015 by the Moderate Resolution Imaging Spectroradiometer (MODIS) sensor aboard the Aqua satellite. Fires in this area at this time of year are often attributed to agricultural burning, where residue from previous crops are burned and fields are readied for the new growing season that lasts from November to April.