Lava from the Kilauea Volcano, Hawaii

Image captured on 10 June 2018, by the VIIRS instrument, aboard the joint NASA/NOAA Suomi NPP satellite. 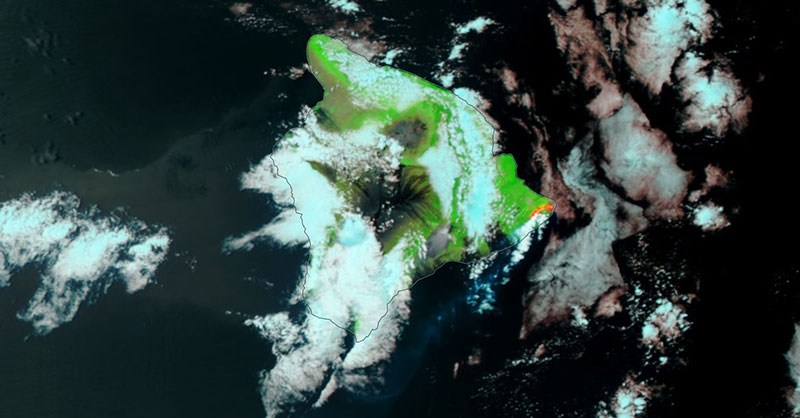 Image of the Big island of Hawaii and the area affected by the Kilauea volcano, visible on the eastern tip, on the 10 June 2018. This false-color corrected reflectance image was captured by the Visible Infrared Imaging Radiometer Suite (VIIRS) aboard the joint NASA/NOAA Suomi National Polar-orbiting Partnership (Suomi NPP) satellite. The false-color image, using VIIRS bands M11-I2-I1, shows the areas burned (in red) as a result of the lava flows on the eastern tip of the island.