Image captured on 3 December 2020, by the MODIS instrument, aboard the Terra satellite. 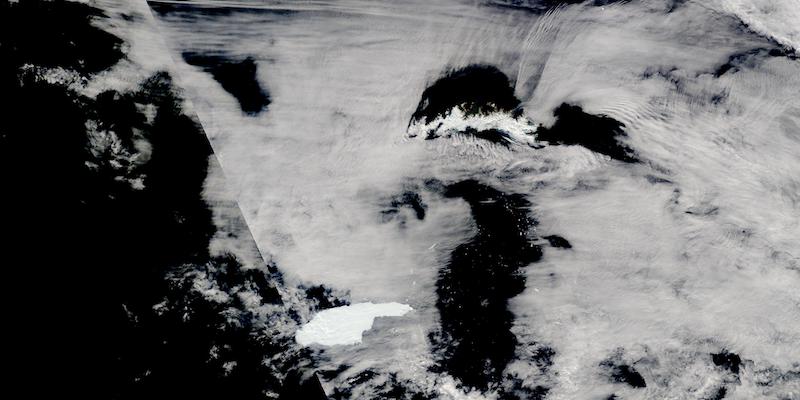 Use the comparison tool to compare true color corrected reflectance imagery (on the left "A" side) with false color (Bands 3-6-7) corrected reflectance imagery (on the right "B" side) to see how the iceberg to the south and the snow on the island to the north are easily distinguished in red. The Bands 3-6-7 combination is useful for mapping snow and ice. Snow and ice are very reflective in the visible part of the spectrum (Band 3), and very absorbent in Bands 6 and 7 (short-wave infrared, or SWIR). Since the only visible light used in these images (Band 3) is assigned to red, snow and ice appear bright red. The more ice, the stronger the absorption in the SWIR bands, and the more red the color. Thick ice and snow appear vivid red (or red-orange), while small ice crystals in high-level clouds will appear reddish-orange or peach.