Image captured on 24 December 2018, by the MODIS instrument, on board the Terra satellite. 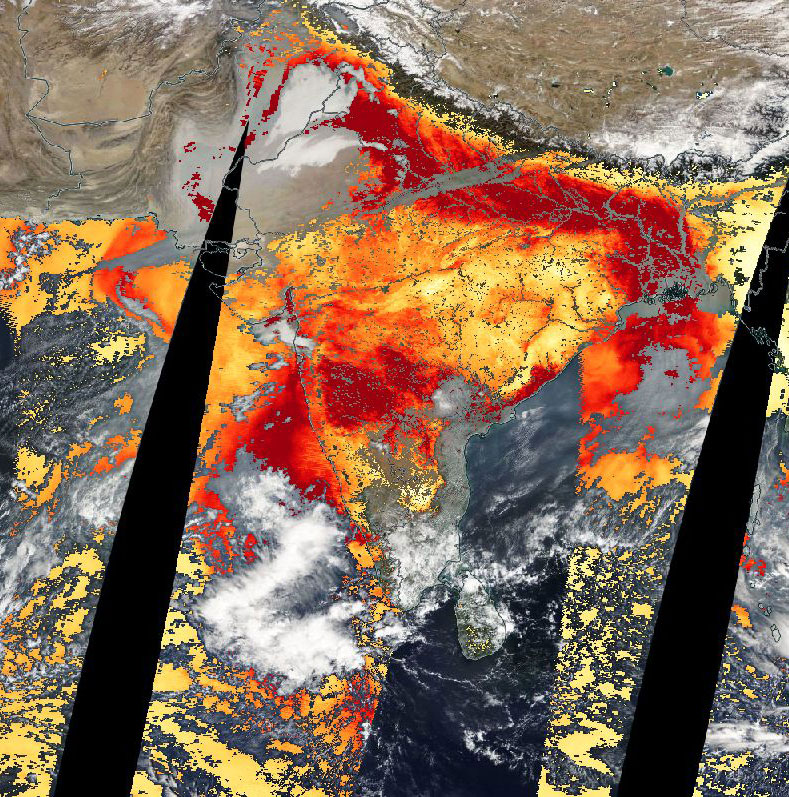 Aerosol Optical Depth (AOD) (or Aerosol Optical Thickness) indicates the level at which particles in the air (aerosols) prevent light from traveling through the atmosphere. Aerosols scatter and absorb incoming sunlight, which reduces visibility. From an observer on the ground, an AOD of less than 0.1 is “clean” - characteristic of clear blue sky, bright sun and maximum visibility. As AOD increases to 0.5, 1.0, and greater than 3.0, aerosols become so dense that sun is obscured. Sources of aerosols include pollution from factories, smoke from fires, dust from dust storms, sea salt, and volcanic ash and smog. Aerosols compromise human health when inhaled by people, particularly those with asthma or other respiratory illnesses. Aerosols also have an effect on the weather and climate by cooling or warming the earth, helping or preventing clouds from forming. Since aerosols are difficult to identify when they occur over different types of land surfaces and ocean surfaces, Worldview provides several different types of imagery layers to assist in the identification.