Image captured on 20 April 2021, by the MSI instrument, aboard the Sentinel-2 satellite, as part of the HLS project. 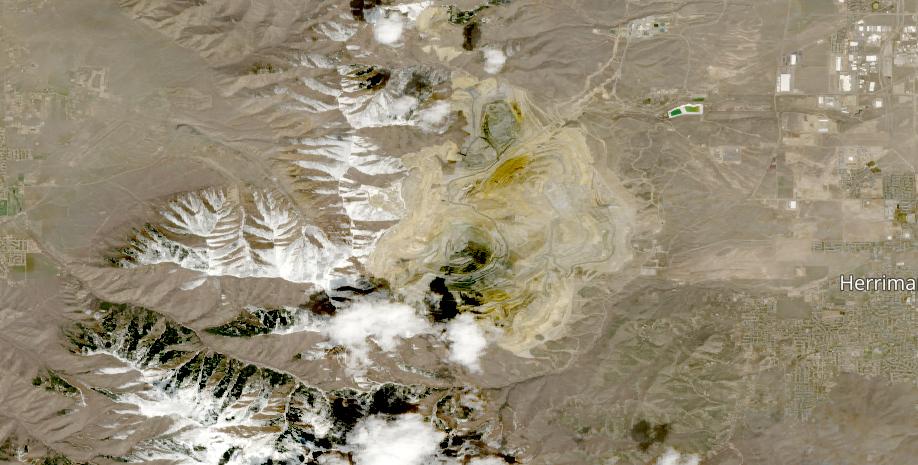 Nadir Bidirectional Reflectance Distribution Function (BDRF)-adjusted image of Bingham Canyon mine, one of the largest open-pit mines in the world. Bingham Canyon mine (also known as Kennecott Copper mine) is located south-west of Salt Lake City, Utah, in the United States. It is the deepest open pit mine in the world. The Bingham Canyon pit is approximately 2.48 miles (4 km) wide and more than 0.74 mile (1.2km) deep, which is taller than two Empire State buildings stacked on top of each other.

This image was acquired on 20 April 2021 by the MultiSpectral Instrument (MSI), aboard the Sentinel-2 satellite, part of the Harmonized Landsat Sentinel-2 (HLS) project.