NASA's Common Metadata Repository (CMR) is a high-performance, high-quality, continuously evolving metadata system that catalogs all data and service metadata records for NASA's Earth Observing System Data and Information System (EOSDIS) system and will be the authoritative management system for all EOSDIS metadata. These metadata records are registered, modified, discovered, and accessed through programmatic interfaces leveraging standard protocols and APIs.

CMR tools and services include:

CMR is the backend behind the following data search and discovery services:

Formerly, NASA metadata providers were required to contend with multiple, disparate systems; each requiring different formats and different mechanisms for submitting and updating data entries. As an end user or application developer, this inconsistency reduced the value of the metadata and complicated finding and using earth science data.

In response to these challenges, NASA set out to design a system that would reduce the burden on metadata providers and improve the metadata quality, consistency, and usability for end users by:

How does CMR do that?

How does CMR do that?

CMR is designed to handle metadata at the concept level. Collections and granules are common metadata concepts, but this can be extended out to visualizations, variables, documentation, services, and more. CMR provides a flexible ingest system with metadata libraries which can handle multiple metadata record formats, multiple metadata record concepts, and relationships and validations between them. As new formats are introduced, new translations can be written for CMR’s metadata libraries to provide ingest, validation and search support. The libraries also provide format conversions for backward compatibility.

CMR provides a unified repository for NASA's Earth science metadata. This benefits providers by only needing to ingest their metadata into one system. It also benefits users by being able search one system and retrieve both EOSDIS and IDN data.

Modern Earth science applications strive to provide end users with nearly immediate access and interactivity across massive stores of Earth science data. That data is discovered, navigated, and often interrogated through science metadata. As the range of applications grow and more and more information moves from the underlying science data to metadata, the challenges of navigating even just the metadata increases. CMR is designed to handle hundreds of millions of metadata records; striving to make them available in under a second. CMR is able to do this by a using sophisticated data indexing and caching strategies built on top of a performance infrastructure.

High performance access to metadata is only part of the problem. To be useful to a broad range of Earth science applications, the metadata must be of high quality, complete, and consistent. CMR incorporates both human and machine metadata assessment features that work to ensure the highest quality metadata possible. During ingest, automated metadata scoring rubrics are applied giving data providers insight into how to make their data more discoverable or usable by end users. Science coordinators and review teams can review metadata that fails verification or lacks required information to help providers make their metadata more consistent and complete. 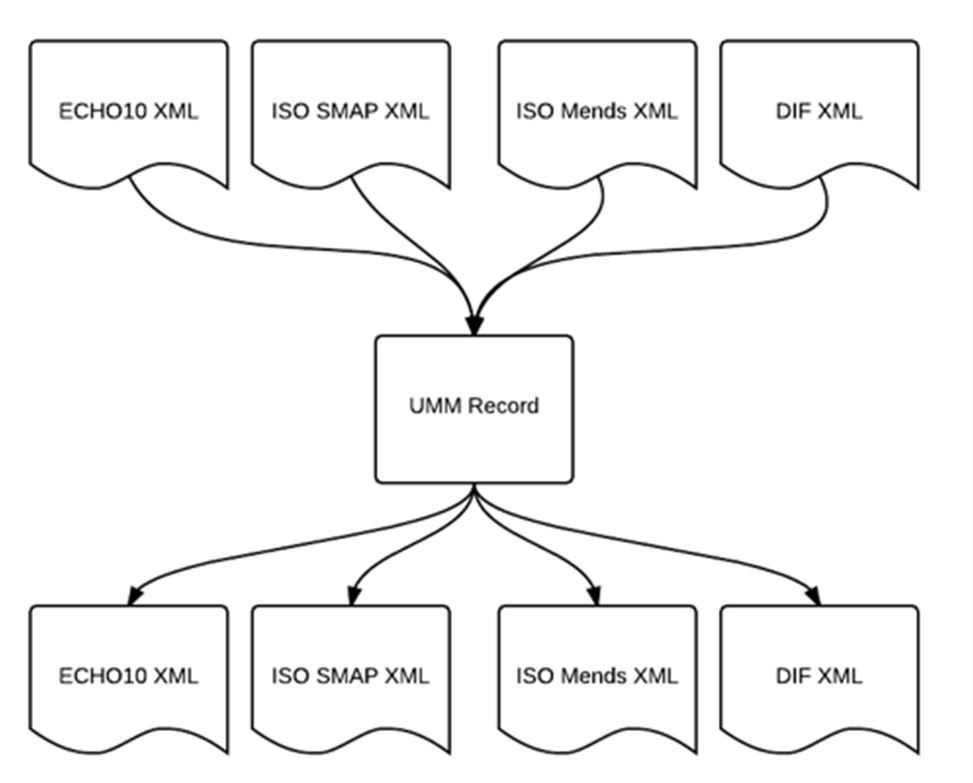 UMM describes the metadata related to key EOSDIS concepts (such as collection or granule) using UMM metadata “profiles” (such as UMM-C for collection and UMM-G for granule). 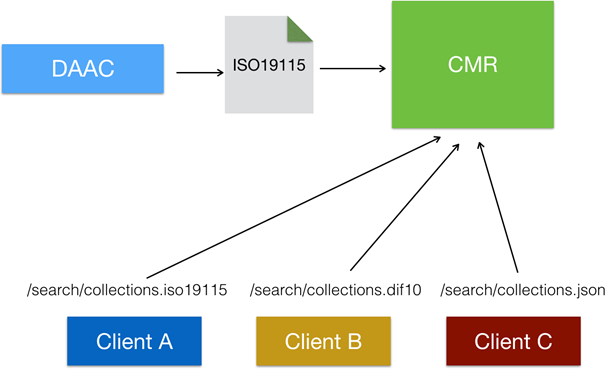 There is a lot of excellent information available that can help get you off and running.