Snow in the Alps

Image captured on 31 March 2019, by the MODIS instrument, aboard the Aqua satellite. 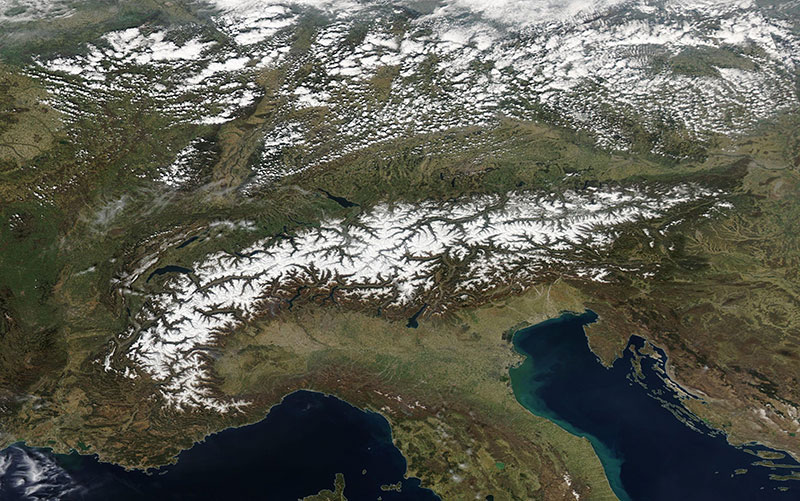 True-color image of snow in the Alps. The image was acquired on 31 March 2019 by the Moderate Resolution Imaging Spectroradiometer (MODIS) instrument, aboard the Aqua satellite. Use the comparison feature to view the area with other band combinations such as the false-color combination of Bands 7-2-1 (on the right), where snow appears in cyan and is differentiated from the clouds in the north, that are still shown as white.