Image captured on 24 April 2016 by the MODIS instrument, aboard the Aqua satellite. 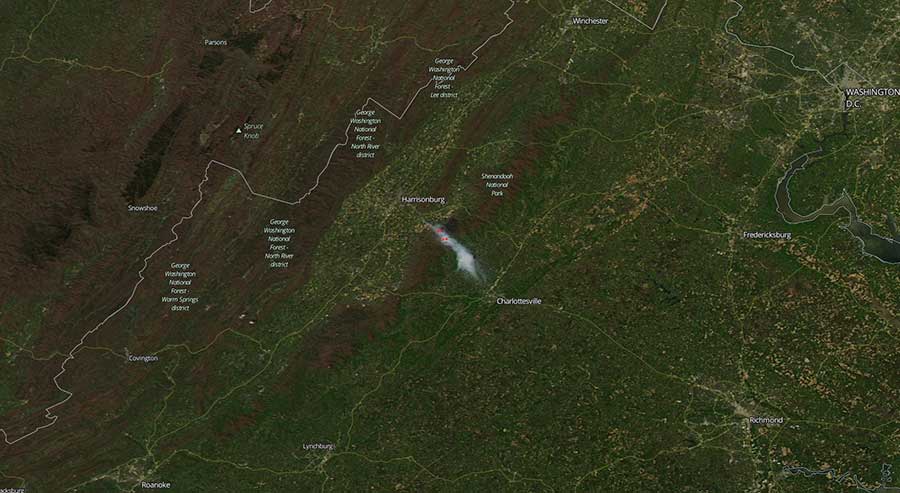 Image of the Rocky Mount Fire in Shenandoah National Park, Virginia, acquired on 24 April 2016 by the Moderate Resolution Imaging Spectroradiometer (MODIS) sensor aboard the Aqua satellite. The Rocky Mount Fire was first reported on Saturday, April 16th at 1:15pm (Starting on April 17, look through the days to see the fire progression) and as of April 24th at 6:50pm, the wildfire was 9,386 Acres in size and 60% of the perimeter was contained.