Remnants of Hurricane Patricia over Texas

Image captured by the MODIS instrument, aboard the Aqua satellite, on 24 October 2015 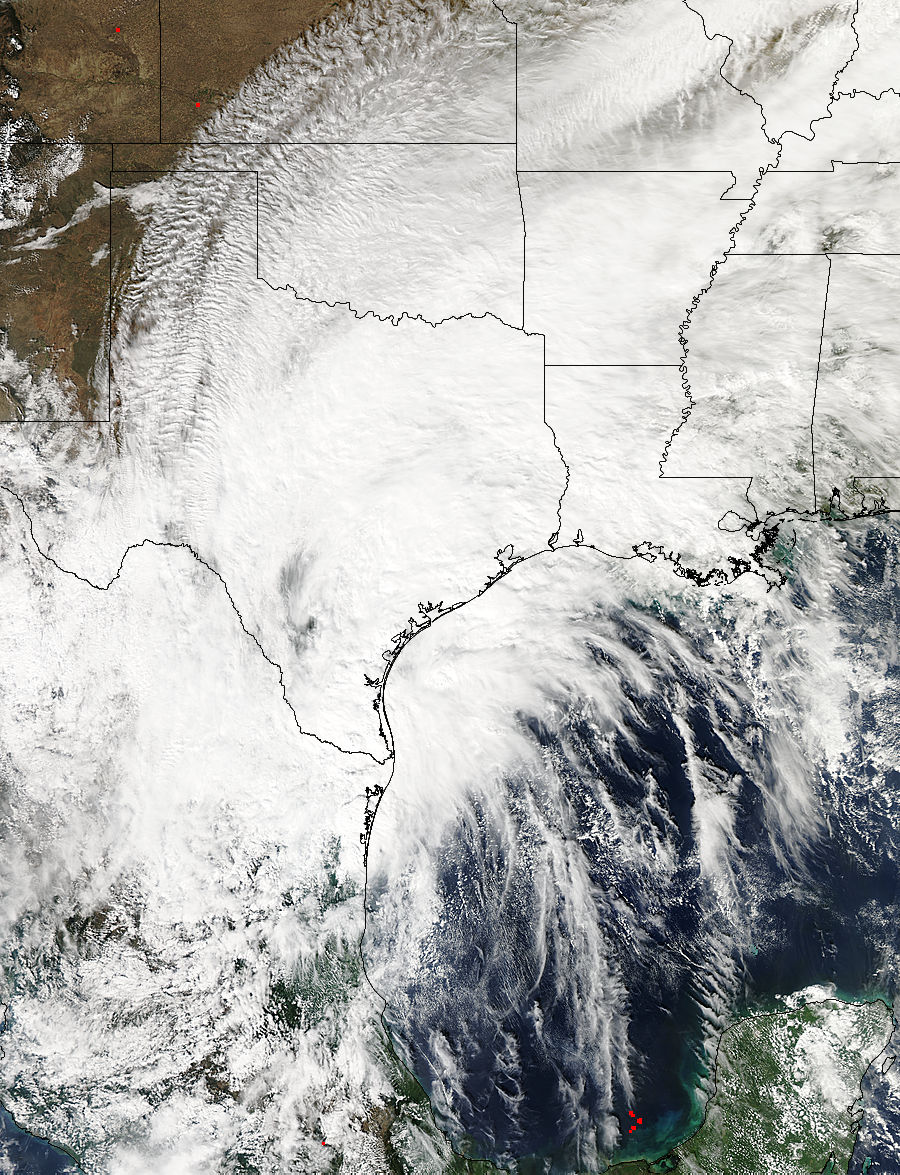 Hurricane Patricia rapidly weakened to an unnamed tropical depression after making landfall as a Category 5 hurricane with winds of 265 km/hr (165 mph) along the Mexican Pacific coast on Friday, October 23. The area of low pressure formerly known as Patricia is bringing torrential rainfall to parts of the Gulf Coast, including Houston and New Orleans, which were hit just last week with torrential rain from another area of low pressure moving east from the desert Southwest.