Image captured on 3 January 2021, by the MODIS instrument, aboard the Aqua satellite. 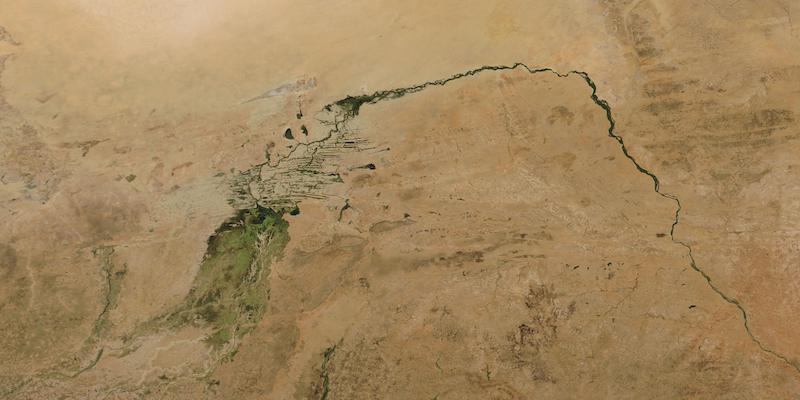 Image of the Inland Niger Delta and the Niger River in Mali, acquired on 3 January 2021. The photo-like, true-color corrected reflectance image was captured by the Moderate Resolution Imaging Spectroradiometer (MODIS), aboard NASA's Aqua satellite. The Niger River begins in the Guinea Highlands in southeastern Guinea, flowing north and in a northeasterly direction into Mali to the Inland Niger Delta. The river then turns east and then curves southeast to Niger, the border of Benin and through Nigeria to the Niger Delta and ending into the Gulf of Guinea in the Atlantic Ocean.