Image captured on 10 June 2021, by the MODIS instrument, aboard the Aqua satellite. 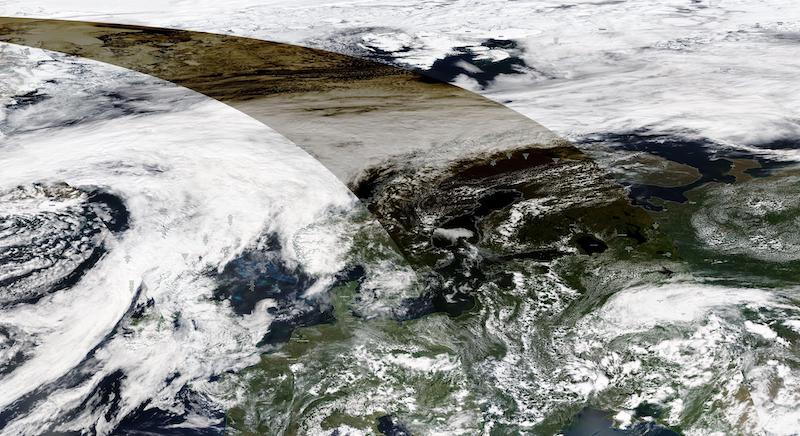 True-color reflectance image of the effect of the annular solar eclipse. This image was acquired by the Moderate Resolution Imaging Spectroradiometer (MODIS), aboard NASA's Aqua satellite. The solar eclipse on 10 June was an annular solar eclipse. This is where the Moon is far away enough from Earth so it appears smaller than the Sun in the sky. The darkening of the swath of imagery over Scandinavia and the Norwegian Sea is caused by the lack of substantial reflected sunlight from the Earth's surface.