Imagery of Earth at night provide unique opportunities for research. Dr. Miller uses these data in his studies of Earth’s nocturnal environment. 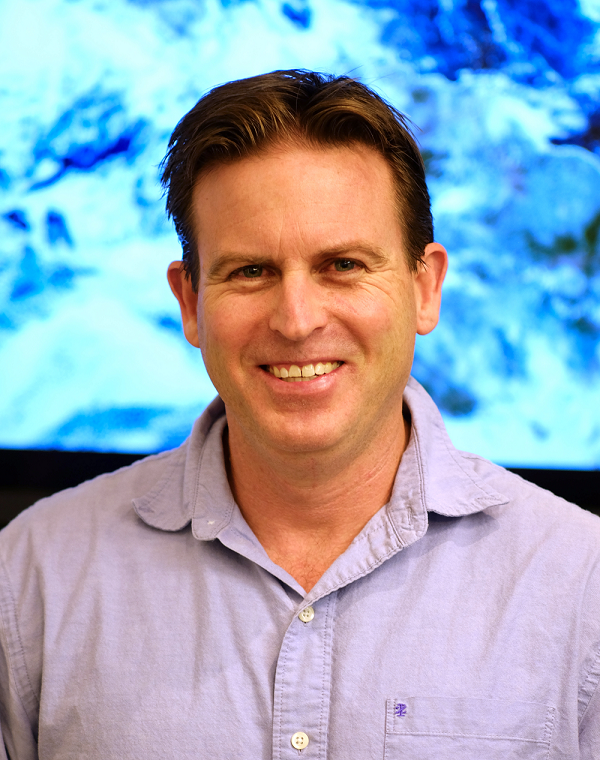 Research highlights: “… let him be called from his hammock to view his ship sailing through a midnight sea of milky whiteness . . .” – Herman Melville, Moby Dick.

On a moonless night off the coast of Somalia in January, 1995, lookouts aboard the British merchant vessel S.S. Lima noticed an unusual brightening on the southern horizon. The sailors likened the eerie glow to an aurora borealis; but this glow was not coming from the sky. Slowly, silently, the ship moved across a sharp boundary between the dark sea and what was described as looking like a “field of snow” stretching from horizon to horizon. Nearly 150 years after Herman Melville’s 19th century description, the S.S. Lima spent six hours crossing a glowing white sea with the appearance of milk. Sailors described the experience as “gliding over the clouds.”

In 2005, while pondering the potential of a new generation of low-light satellite sensors, Dr. Steven Miller and his colleagues stumbled upon the account of the S.S. Lima. They used data from the Operational Linescan System (OLS) aboard the Defense Meteorological Satellite Program (DMSP) constellation of Earth observing satellites to spot a 15,400 km2 swath of glowing water swirling counterclockwise within an ocean gyre. This Connecticut-sized feature was the first confirmed detection from space of the milky seas of maritime lore, which are thought to be caused by a rare form of widespread bacterial bioluminescence.

The science of the night, as Dr. Miller describes it, is a principal focus of his research at the Cooperative Institute for Research in the Atmosphere (CIRA), which has operated as a formal partnership between NOAA and Colorado State University since 1980. Using data freely and openly available through NASA’s Earth Observing System Data and Information System (EOSDIS), he seeks to gain insight into Earth processes using low-light visible measurements of the planet.

An important source of data for Dr. Miller’s nighttime research is near real-time (NRT) imagery from NASA’s Land, Atmosphere Near real-time Capability for EOS, or LANCE. LANCE produces more than 200 NRT data products from almost a dozen satellite instruments that generally are available within three hours of a satellite observation. While LANCE NRT data do not have the extensive processing required for scientific research, they are an invaluable resource for applications such as numerical weather and climate prediction, natural hazards monitoring, ecological/invasive species assessment, agriculture, air quality, disaster relief, and homeland security.

One key NRT data product used frequently by Dr. Miller is VIIRS Day/Night Band (DNB) imagery. DNB imagery is available from the VIIRS aboard Suomi NPP as well as from the VIIRS aboard the NOAA-20 satellite (launched in 2017). Both satellites operate as part of the collaborative NASA/NOAA Joint Polar Satellite System (JPSS).

The VIIRS DNB layer is designed to capture low-light emissions under a wide range of illumination conditions, displayable as a gray-scale image. Using NASA's Worldview data visualization application, DNB imagery is available from November 11, 2016, to present. As Dr. Miller observes, DNB imagery help fill temporal gaps where visible-light information is traditionally not available between sunset and sunrise. This imagery is particularly useful for high latitude studies and support of operational users during the polar winters.

NASA Worldview has proven to be a valuable resource in Dr. Miller’s research as he canvasses the globe in search of phenomena detectable using VIIRS DNB imagery. These include surface features, such as lights from human sources, wildfires, and ocean bioluminescence; tropospheric features, such as clouds and aerosols; and middle-to-upper atmospheric features, such as auroras. Many of these phenomena are more readily seen by reflected moonlight, while others create light of their own. In a recent project, one of his student interns made extensive use of Worldview and the DNB imagery layer to compile an inventory and taxonomy record of atmospheric gravity waves.

Atmospheric gravity waves are one of the key forms of energy transfer between the lower and upper atmosphere, and drive important sub-seasonal to seasonal-scale circulation patterns that influence our weather as well as aspects of general circulation that define our climate. Created by a variety of mechanisms, including convective storms and flow over mountains, these waves are detectable using DNB imagery in a novel way. If upward-propagating gravity waves (such as those generated during a thunderstorm) reach the middle atmosphere – without breaking or being absorbed along the way – they will change the temperature and density structure of the atmosphere. The changes caused by gravity waves affect the brightness of an atmospheric region that produces visible light emissions as gas molecules become electrically excited. These light emissions are called airglow.

Nighttime airglow (or nightglow) regions occur primarily in two discrete layers of the atmosphere: a narrow (~10 km thick), stronger layer centered near 90 km above the surface and a broader (200 to 400 km), weaker emission layer centered near 250 km above the surface. Airglow produces faint light emissions in blue, green, red, and near-infrared spectral lines (according to the gaseous species involved). In DNB imagery, gravity waves passing through the nightglow layers appear as ripples of light. As Dr. Miller observes, “NASA Worldview is a great resource for observing these important forms of energy transfer in the atmosphere, which easily can be picked out visually in properly scaled DNB imagery on moonless nights.”

Another area of Dr. Miller’s research is designing algorithms that attempt to isolate and enhance key environmental features by way of their unique spatial, temporal, and spectral properties. These enhancements make it easier for analysts to identify specific features (such as snow, dust, or clouds) in a complex environmental scene. An example of this value-added imagery is GeoColor, a popular imagery product used by scientists, forecasters, and the media that is being produced semi-operationally by NOAA’s National Environmental Satellite, Data, and Information Service (NESDIS).

Applied to the new generation of NOAA Geostationary Operational Environmental Satellites (GOES), GeoColor is the culmination of years of behind-the-scenes scientific research that includes atmospheric corrections, incorporation of DNB-observed city lights at night, and the design of a synthetic green band (whose development and proof-of-concept leveraged NASA’s MODIS instruments on Terra and Aqua). A real-time global GeoColor animation is available on the Satellite Loop Interactive Data Explorer in Real-time (SLIDER) on the CIRA website and at NOAA’s GOES Image Viewer.

Using DNB and GeoColor imagery, along with LANCE NRT and EOSDIS data, Dr. Miller continues his investigations into the science of the night. And the mysteries of the night persist, including the source of milky sea bioluminescence. Dr. Miller and his colleagues point out that while hypotheses abound, the causes behind the large swaths of glowing, milky seas remain elusive. Even if their origin can’t be pinpointed, though, this ocean phenomenon can’t hide from Earth observing satellites that are helping shed light on the shadows of our current understanding.