Hurricane Dorian over the Bahamas

Image captured on 2 September 2019, by the VIIRS instrument, aboard the joint NASA/NOAA Suomi NPP satellite. 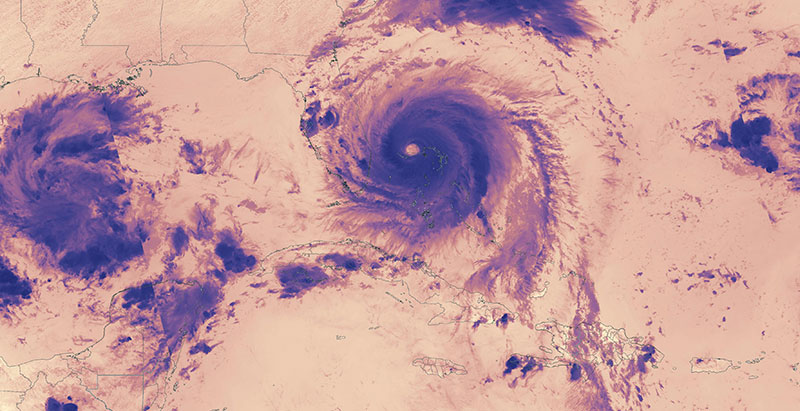 This brightness temperature image of Hurricane Dorian over the Bahamas was acquired on 2 September 2019 by the Visible Infrared Imaging Radiometer Suite (VIIRS) instrument, aboard the joint NASA/NOAA Suomi National Polar-orbiting Partnership (Suomi NPP) satellite. The satellite takes a ‘snapshot’ of events as it passes over the earth. The VIIRS Brightness Temperature, Band I5, Day layer is measured in Kelvin (K) and is calculated from top-of-the-atmosphere radiances. It does not provide an accurate temperature of either clouds nor the land surface, but it does show relative temperature differences which can be used to distinguish features both in clouds and over clear land. Here you can clearly distinguish the hurricane and the eye of the hurricane.

Visit Worldview to visualize near real-time imagery from NASA's EOSDIS.