Research Interests: The remote sensing of aerosols and clouds; algorithm development for cloud products across low-Earth and geostationary platforms; the production of aerosol and cloud products for operational applications; the development of post-mission data visualizations and products for NASA field campaigns and algorithms and applications for active lidar measurements of the atmosphere

Research Highlights: Although composed of different elements, aerosols — airborne particles originating from fires, exposed soils, breaking waves, natural biological activity, fuel combustion, and other sources — and clouds — masses of water drops or ice crystals — have much in common. Besides being airborne, both aerosol and cloud particles absorb and scatter both sunlight and solar radiation, which can affect weather and climate by impacting the Earth's energy balance, surface temperature, and even the Earth’s water cycle. Further, because they can have a significant effect on climate and weather thousands of miles from where they originated, atmospheric scientists, meteorologists, and environmental scientists routinely observe and monitor both by satellite.

Yet, detecting and distinguishing aerosol and cloud particles in satellite observations is not always easy, as the particles that form aerosols and clouds don't always behave or look as expected. Low clouds and fog can exist at ground level and aerosols from volcanic eruptions can be found in the stratosphere. Similarly, in regard to particle concentrations, normally wispy smoke can be so thick it blocks out the sun while clouds formed of ice crystals can be so sparse that they're practically invisible. This means that the algorithms designed to transform the raw satellite-derived aerosol and cloud data into usable assessments of aerosol optical thickness, cloud cover, or other aerosol- and cloud-related properties have to be as refined and accurate as possible. 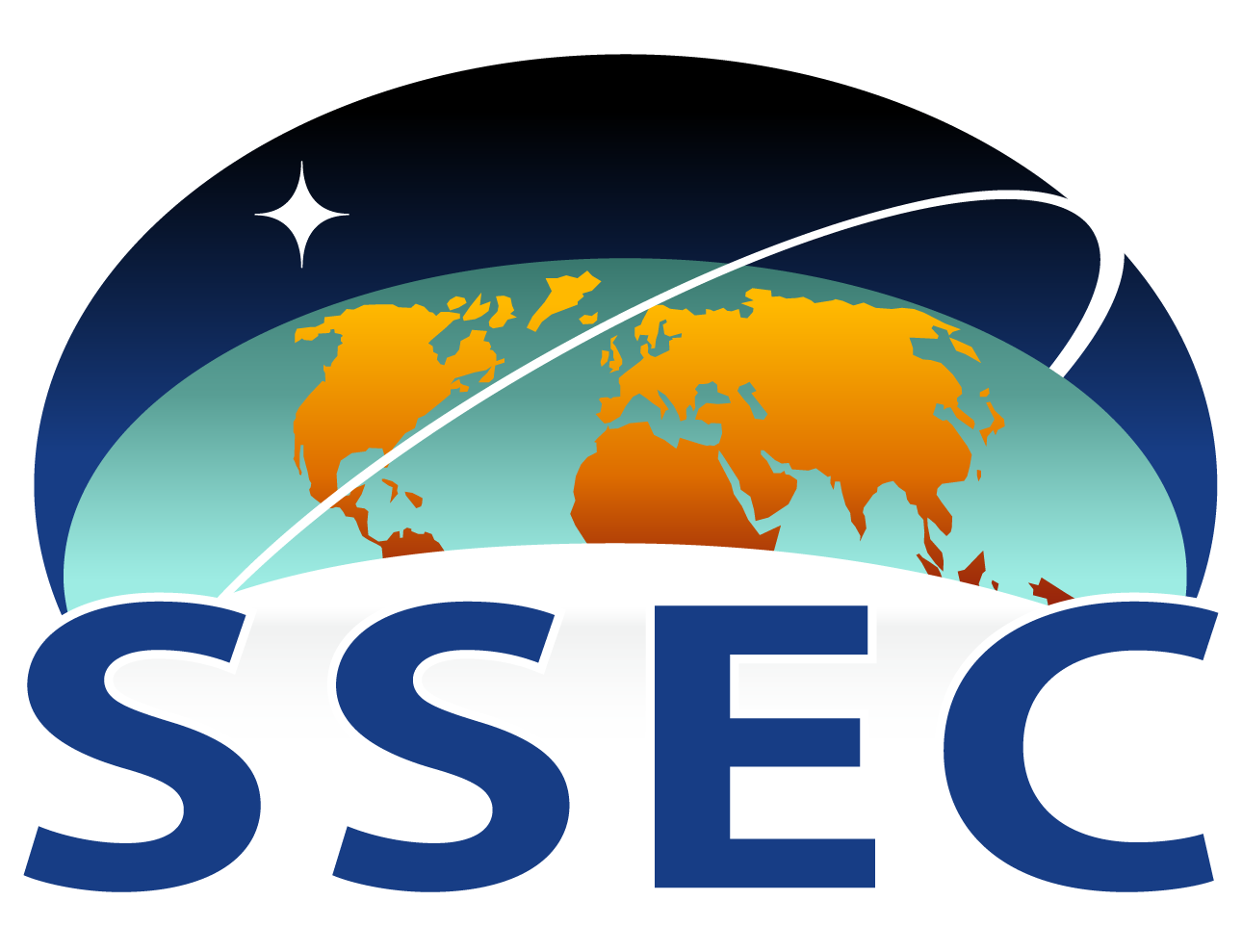 Among the scientists working to ensure that the algorithms and data products that meteorologists and atmospheric scientists rely on meet such standards is Dr. Robert Holz, Senior Scientist at the University of Wisconsin–Madison’s Space Science and Engineering Center (SSEC). The University of Wisconsin-Madison is where the nation’s first weather satellite, Explorer VII, was developed by Dr. Verner Suomi, a meteorologist, and Robert Parent, an engineer. Suomi also founded the SSEC and, years later, the Joint NASA/NOAA Suomi National Polar-orbiting Partnership (Suomi NPP) satellite was named in his honor.

“I lead a research group within SSEC that focuses on the remote sensing of aerosol and clouds, including both algorithm development and applications,” said Holz. “Our cloud algorithm development is based on decades of collaborations with NASA Goddard Space Flight Center personnel [who have worked] on cloud retrieval from the Moderate Resolution Imaging Spectroradiometer (MODIS) instruments aboard NASA’s Aqua and Terra satellites.”

The SSEC is an internationally known research center that develops and uses space-, aircraft- and ground-based instrumentation to collect and analyze observations of the Earth’s atmosphere, oceans, and terrestrial surfaces to improve our understanding of weather, climate, and atmospheric processes. SSEC is among the foremost developers of the algorithms and ground and archive systems necessary for processing atmospheric data, and it is here that Holz and his colleagues conduct a range of research pertaining to the remote sensing of aerosols and clouds. Their work includes developing algorithms to provide cloud products from a range of satellite instruments in both low-Earth and geostationary orbits and numerous satellite data analysis algorithms developed by SSEC scientists are now used operationally by agencies such as the National Weather Service. The SSEC also supports NASA field campaigns through the creation of data visualizations and products—it is part of the NASA cloud algorithm development team for cloud products derived from MODIS and the Visible Infrared Imaging Radiometer Suite (VIIRS) instrument aboard Suomi NPP—and its staff routinely share their knowledge, insights, and tools with the global research community.

In addition to his position with the SSEC, Holz is also NASA’s VIIRS Atmosphere Discipline Lead, a member of the Atmospheric Science Data Center (ASDC) User Working Group (UWG), and co-chair of the Level-1 and Atmosphere Archive and Distribution System Distributed Active Archive Center (LAADS DAAC) UWG. LAADS DAAC and ASDC are among the twelve DAACs within NASA's Earth Observing System Data and Information System (EOSDIS) and LAADS DAAC is part of the Terrestrial Information Systems Laboratory at NASA's Goddard Space Flight Center in Greenbelt, Maryland.

LAADS DAAC ingests, processes, archives, and distributes Level 1 data (geolocation, L1A, and radiance L1B) and Atmosphere (Level 2 and 3) data products from the MODIS instruments aboard NASA’s Aqua and Terra satellites, and the VIIRS instruments aboard the Suomi NPP and NOAA-20 satellites. It also distributes other moderate resolution science datasets including those from the European Space Agency’s Envisat Medium Resolution Imaging Spectrometer and Copernicus-Sentinel-3’s Sea and Land Surface Temperature Radiometer and Ocean and Land Color Instrument collections. Along with those generated by NASA, these data products are essential for monitoring of Earth’s atmosphere and the study of how aerosols and clouds influence climate, weather, and air quality.

Both Aqua and Terra were designed with a mission lifespan of roughly 10 years, and although the performance of this pair has far exceeded expectations, their decades of Earth observation will be coming to an end. In fact, recent maneuvers by NASA in February 2021 suggest that at least one of these aging satellites — Terra — will be retired due to orbital drift and changes in timing. The VIIRS instruments aboard Suomi NPP and NOAA-20 were always meant to succeed the MODIS instruments. However, there are some significant differences between the instruments that can affect the continuity of atmospheric measurements. For instance, the MODIS instrument has 36 spectral bands whereas VIIRS has 22. Further, MODIS has seven spectral bands that are sensitive to atmospheric carbon dioxide, water vapor and ozone, but VIIRS lacks these bands entirely. Therefore, much of Holz’s recent work has focused on addressing the differences between the two sensors and ensuring the aerosol and cloud products that began with MODIS will continue with VIIRS.

“We have supported the development of the cloud continuity algorithms that are designed to provide consistent cloud products that bridge the transition from the MODIS instrument to the VIIRS instrument aboard Suomi NPP and NOAA-20,” said Holz. “Further, our research has expanded to support the development of geostationary cloud algorithms applied to the next generation geostationary observations, including those from the Advanced Bassline Imager (aboard NOAA’s Geostationary Operational Environmental Satellite (GOES) R-series satellites) and the Advanced Himawari Imager (aboard the Japan Aerospace Exploration Agency’s Himawari 8 and 9 satellites), with the goal of providing consistent cloud products across the low-Earth and geostationary observation platforms.”

As a case in point, Holz, lead author Steven Platnick of the Earth Sciences Division at the NASA Goddard Space Flight Center and MODIS Atmosphere Discipline Lead, and their colleagues published a paper in Remote Sensing in 2021 that evaluates the Aqua MODIS and Suomi NPP VIIRS climate data record continuity cloud properties products known as CLDPROP.

“These cloud products … represent an effort to bridge the multispectral imager records of NASA’s Earth Observing System (EOS) and NOAA’s current generation of operational weather satellites to achieve a continuous, multi-decadal climate data record for clouds that can extend well into the 2030s,” the researchers note. “CLDPROP offers a ‘continuity of approach,’ applying common algorithms and ancillary datasets to both MODIS and VIIRS, including utilizing only a subset of spectral channels available on both sensors to help mitigate instrument differences.”

The paper documents the researchers’ application of CLDPROP algorithms to eight years of cloud thermodynamic phase, optical thickness, effective particle size, and derived cloud water path observations from MODIS (Aqua) and VIIRS (Suomi NPP), includes an analysis of pixel-level MODIS and VIIRS co-locations and spatial and temporal aggregated statistics, and identifies the root causes of any differences between the datasets.

A comparison of the observations between the MODIS and VIIRS products, as well as the Aqua MODIS standard cloud product, revealed that the continuity cloud products did support a continuous record between MODIS and Suomi NPP VIIRS. The researchers acknowledged, however, that there were biases in the cloud optical depth retrievals, likely resulting from differences in the spatial sampling of the instruments (with VIIRS having a significantly higher spatial resolution compared to MODIS). Nevertheless, Holz and his colleagues note that the results of this evaluation will inform future updates to the CLDPROP products and help scientific users determine the appropriate use of the product datasets for their specific needs.

These findings regarding CLDPROP followed those of a 2020 paper, also published in Remote Sensing, wherein Holz, lead author Richard Frey of the SSEC, and others evaluate the Continuity MODIS-VIIRS Cloud Mask (MVCM), a cloud detection algorithm that, in the authors’ words, “makes use of fourteen spectral bands that are common to both MODIS and VIIRS so as to create consistent cloud detection between the two instruments and across the years 2000–2020 and beyond.”

Through the comparison of collocated observations from MODIS (Aqua) and the Cloud-Aerosol Lidar with Orthogonal Polarization, an instrument aboard the joint NASA-Centre National d'Etudes Spatiales (the French space agency) Cloud-Aerosol Lidar and Infrared Pathfinder Satellite Observation (CALIPSO) satellite, this study evaluated the statistical consistency benchmarks between the MODIS Aqua and MVCM cloud masks. The results of this experiment showed that the MVCM produced consistent cloud detection results between Aqua MODIS, Suomi NPP VIIRS, and NOAA-20 VIIRS and that the quality is comparable to the standard Aqua MODIS cloud mask.

“IOT has proven to be one of the more challenging properties to retrieve from space-based remote sensing measurements,” Holz writes in a 2016 paper published in Atmospheric Chemistry and Physics. “In particular, optically thin upper tropospheric ice clouds (cirrus) have been especially challenging due to their tenuous nature, extensive spatial scales, and complex particle shapes and light-scattering characteristics.”

To address the challenges of IOT retrieval, Holz and his colleagues investigated potential biases in MODIS Collection 5 (C5) and CALIOP Version 3 (V3) IOT measurements by comparing them to collocated observations from instruments aboard satellites in the A-Train, a formation of satellites including Orbiting Carbon Observatory-2, the Japanese Aerospace Exploration Agency’s Global Change Observation Mission-Water-1, Aqua, CALIPSO, CloudSat, and Aura. (Each of these satellites circle the Earth in polar-orbit and cross the equator each day at around 1:30 p.m. local time, hence the name “Afternoon Constellation,” or in short, the “A-Train.”)

The dataset comparisons affirmed bias in the both the MODIS and CALIOP IOT retrievals, which Holz and his colleagues investigated further by comparing both of the products with MODIS infrared cirrus IOT retrievals. Their analysis found that both the MODIS C5 and the CALIOP V3 retrievals were biased (high and low, respectively) relative to those from the MODIS infrared. It also revealed that the MODIS C5 retrievals could be brought into agreement with the infrared by adopting a new ice scattering model with modified gamma distribution. For CALIOP, a modified lidar ratio greatly improved the agreement with the infrared and provide consistency between the MODIS and CALIOP products. These results have led to improvements in later instances of the MODIS (Collection 6) and CALIOP (Version 4) products.

As these results suggest, Holz’s efforts to enhance algorithms and data products and ensure the continuity of aerosol and cloud products during the transition from MODIS to VIIRS exemplifies the SSEC’s commitment to improving our understanding of weather, climate, and atmospheric processes. NASA's EOSDIS shares this goal, and by archiving and distributing the data that researchers like Holz use in their work, it can help them and others in the global atmospheric research community realize it.

Read about the Research: