Image captured on 14 March 2016 by the MODIS instrument, aboard the Aqua satellite. 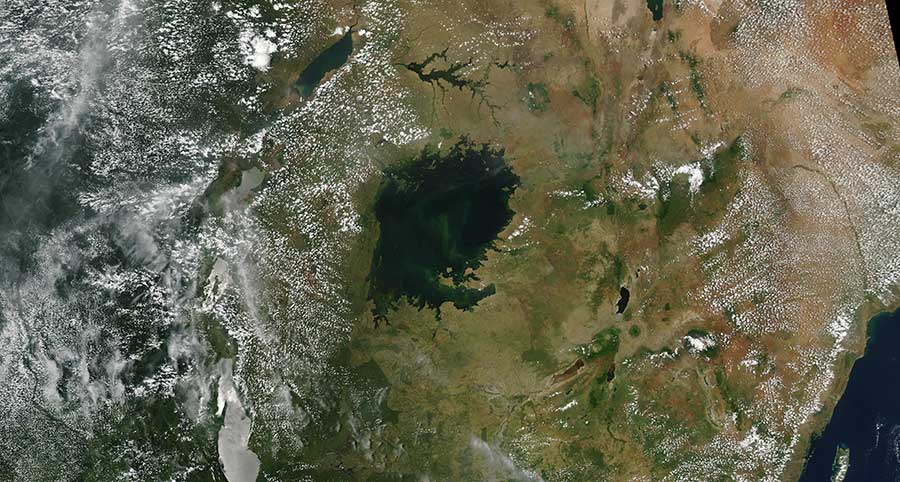 Image of Lake Victoria, which is divided amongst three African countries, Uganda to the north, Kenya to the east and Tanzania to the South. This image was acquired on 14 March 2016 by the Moderate Resolution Imaging Spectroradiometer (MODIS) sensor aboard the Aqua satellite.