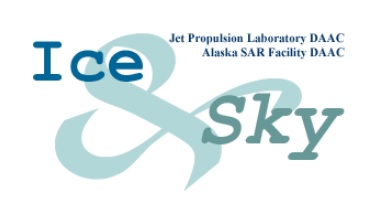 The Polar skies have provided clues to the presence of navigable openings in pack ice since 19th-century sailors scanned clouds for the tell-tale shadow known as "water sky" that reflects the dark presence of open water amid otherwise gleaming frozen waterways. Now, thanks to the availability of the Canadian RADARSAT Synthetic Aperture Radar (SAR) data and new algorithms, scientists again look to the skies for information that will indicate the presence of open water in polar ice.

"Up till now we've never had very high resolution observations of the Arctic Ocean, and we don't have very good data for validation of low resolution observations," says Ron Kwok, supervisor of the Polar remote sensing group, and Principal Investigator leading the SAR analysis team at the Jet Propulsion Laboratory in Pasadena. "We don't have good climatologies of ice thickness distribution — none at all on a large scale.

"Most ice thickness observations are from submarine measurements," he says. "We haven't had a space-borne sensor that's capable of providing estimates of thickness distribution. And obviously, since we don't know a lot of these things, we don't have good quality data for detection of changes in the Arctic, or for validation of coupled ice-ocean models that are used to simulate climate in the Arctic Ocean," Kwok says.

Available polar satellite information includes passive microwave data at either 12.5 or 25 kilometer (km) resolution, depending on the wavelength. Visible-band data are taken at a resolution as close as 1 km — but these often are not cloud-free, nor are optical sensors able to penetrate winter darkness. By comparison, the SAR instrument measures the Arctic Basin in football-field-sized snapshots, providing unprecedented detail of such winter phenomena as the opening and refreezing of linear openings called "leads."

Openings in sea ice occur throughout the year in response to weather conditions like wind direction and speed. Leads offer navigational windows and provide opportunities for marine mammal and bird migration. Polynyas, large seasonally reoccurring openings, also support a range of polar marine life. But, because sea ice is an insulator, when a lead or polynya opens, ocean heat flows into the atmosphere, with repercussions to regional climate and the potential to affect longer term climate change.

Although leads and polynyas account for only a small percentage of winter sea ice area, these ice openings are estimated to release about half of the total turbulent heat transfer from ocean to atmosphere in winter. Scientists say that the presence or absence of sea ice on the oceans is the most important factor in controlling energy and mass exchange at high latitudes. In addition, older, thicker sea ice is a better insulator than thin, young ice, so that ice thickness bears on the amount of ocean heat released to the polar atmospheres. Since salt drains from sea ice as it gets older and thicker, sea ice thickness also influences relative salinity in the (near-to-surface) ocean mixed layer. The high resolution SAR interests scientists like Kwok because they may use it to track ice as it opens and refreezes.

But although the SAR data provide new advantages for viewing the Arctic Basin, they also presented Kwok and his colleagues with an awesome new data processing challenge. The Arctic Basin, at 100-meter scale, boils down to approximately a gigabyte per day in processing and handling requirements. To address the volume and processing load, Kwok and his team were tasked to develop the RADARSAT Geophysical Processing System. The system represents a synthesis of two projects Kwok designed earlier: a geophysical processing system for the European Earth Remote Sensing (ERS) satellites 1 and 2; and an innovative procedure he developed to track ice motion and monitor sea ice changes.

"SAR data provides a time sequence of observations, and also radiometry. The most important observation is ice motion," Kwok says. "What we want from ice motion and radiometry is an estimate of the distribution of thin ice. From analyzing a time sequence of ice motion, we can estimate the thickness distribution of the thin end of the ice cover," Kwok says. "With the RGPS we pick a point at the beginning of the winter and follow it along for the entire season. It's like having a buoy on the ice that lets you trace the path of the ice particle for an extended period of time."

Kwok is describing a Lagrangian observation method that works by tracking observations through time, such that the superimposed grid cells move and deform along with the ice cover below. Compare this to a more typical Eulerian method, where observations of a moving surface are taken through a fixed grid. The advantage of the method is that it allows close monitoring of ice surface changes, as compared to simply watching ice motion. Far from being a passive wasteland expanse, sea ice passes through substantial, even violent daily changes, cracking, heaving, ridging and deforming, and each subsequent incarnation has a relative effect on regional climate.

"From the radiometry we can identify where thick ice is located, and the fraction of thick ice in the ocean." Kwok says. The new system is quickly gaining on the backlog of SAR data (RADARSAT was launched November 4, 1995), processing a month of data per month. The RGPS product list now includes a host of data sets, derived from the SAR ice motion time sequence, including ice thickness and backscatter histories of the ice.

For Kwok, the next big step in the RGPS development will be verifying and gaining confidence in the data products. A NASA-funded RGPS science working group has formed to use and validate the SAR RGPS products by comparing them with existing measurements, including in-situ data, submarine data, visible-band satellite data (AVHRR), and passive microwave (SSM/I) data, Kwok says.

"It takes many years to develop a good data set. The passive microwave data set took a long time and I envision this will take time to get into the main stream so that scientists will be comfortable using the data.

"SAR data are difficult to use and challenging to understand, but if we can figure out how to extract meaningful information, these data have a lot of promise and potential," because, Kwok says, "SAR data present an entirely new way of looking at the polar regions."