NASA established the Commercial SmallSat Data Acquisition (CSDA) Program to identify, evaluate, and acquire data from commercial sources that support NASA's Earth science research and applications. Given that NASA already archives about 4 terabytes of new Earth Science data each day, the agency’s interest in purchasing more data might come as a surprise. Yet, commercially acquired data can be a cost-effective way for the agency to augment or complement the suite of Earth observations it acquires on its own, with other U.S. government agencies, or in conjunction with its international partners.

CSDA is a relatively new program. Can you talk about why it was created and what its objectives are?

NASA initiated CSDA in 2017 as a Pilot program to identify, evaluate, and acquire data from commercial sources that support NASA Earth science research and application goals, as it recognized the potential of commercial data to augment or complement data from NASA’s fleet of Earth-observing satellites and those of its international partners. The Pilot successfully completed, transformed into CSDA in 2020.

In terms of objectives, we want to establish a continuous and repeatable process to on-ramp new commercial vendors and evaluate their data for its potential to advance NASA's Earth science research; promote the use of purchased data and make it more accessible to the scientific community for broader and more sustained use; ensure long-term data preservation through the establishment of data management processes and systems to support the rapid evaluation, access to, and distribution of purchased data, as well as long-term access to purchased data for scientific reproducibility; and we want to coordinate with other U.S. Government agencies and international partners on the evaluation and scientific use of commercial data. A sampling of the research is presented below. 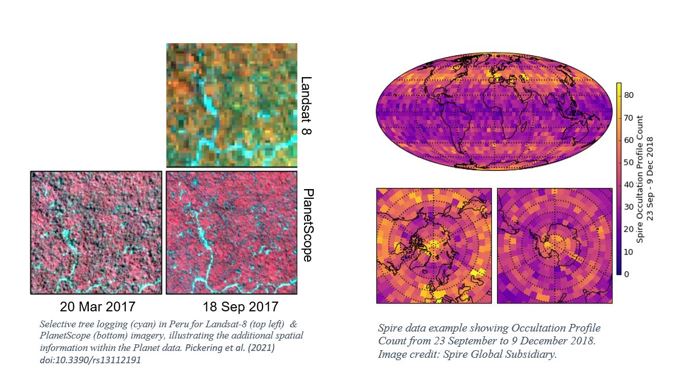 How does NASA acquire from commercial vendors?

Every 12 to 18 months, we put out a Request for Information (RFI) to identify vendors with data that may be of use to NASA's Earth science research and application activities. If a vendor meets the minimum qualifications of the RFI, it is asked to submit a Request for Quote (RFQ), so NASA can enter into a Blanket Purchase Agreement (BPA) to evaluate that vendor’s data. In addition, the RFI requires that commercial vendors have satellite constellations operating in a non-geostationary orbit with full latitudinal coverage. These requirements are included to ensure that companies will be able to provide data from functional satellites at the start of the evaluation period, that the observation systems are resilient and contain multiple platforms, and that they can support NASA’s mission to conduct long-term global research.

How does NASA conduct its evaluations of commercial data? What is involved in that process?

Data from selected vendors is evaluated by teams of Principal Investigators (PIs) selected by NASA's Earth Science Division (ESD). There is a set of criteria that the PIs evaluate the data on, including accessibility, the completeness and accuracy of metadata, the extent and quality of user support services, the data’s usefulness for science and applications, and the quality of the vendor-supplied imagery and/or data. The investigators have a one-year period to perform the evaluation and then they are required to submit a final report that documents their assessment. Their results are summarized and reported to ESD senior management, and then NASA uses the summary report, individual PI reports, and other information to determine whether it will purchase more of a vendor’s data for sustained use and broader dissemination. (The summary report from the Pilot is published on the CSDA website.)

NASA’s Open Data policy has enabled researchers to freely collaborate across organizations, share derived products and research results, and supported scientific transparency by allowing access to source data used in publications. NASA’s mission data is free and open, as is associated software and ancillary information. Non-NASA data is covered by the license arrangement of the organizations that sponsor that dataset. For the commercial data, the agreements are End User License Agreements (EULAs). The agreements with each vendor are designed to balance NASA’s interest in data access with the vendor’s commercial interests. Each of the EULAs contain standardized language regarding the sharing and dissemination of the data. Differences among them place limits on who can access the data (i.e., Licensed Users). While the raw commercial data is not included in NASA’s open data policy, any Licensed User derived data product which cannot be reversed engineered back to the raw data, can be shared without any restrictions retaining the copyright markings. Readers interested in viewing the End-User License Agreements for each vendor NASA has agreements with can go to the table on the Commercial Datasets page of the CSDA website, which has links to each agreement. (Note: Readers looking for information on accessing and requesting commercial SmallSat data, should review this FAQ.)

What commercial data is available now?

Currently, CSDA hosts data and/or subsets of data acquired from Planet, Spire, Maxar (formerly DigitalGlobe), Teledyne Brown Engineering, Inc., and Polar Geospatial Center. The datasets from Spire, Teledyne Brown Engineering, Inc (DESIS), and Polar Geospatial Center (EarthDEM) are available for all U.S. Government agencies and funded researchers. Data from Planet are available to U.S. Government federal civil agencies and NSF-funded researchers, and data hosted from Maxar are available to NASA-funded researchers. As additional commercial small satellite datasets are evaluated and acquired, those datasets will also be made available on the Commercial Datasets page on the CSDA website. To obtain approval for access to the commercial data individuals must submit a CSDA access request form and agree to the EULA.

In fiscal year 2022, search and discovery of both NASA’s Earth observation data and commercial data holdings will be operational via Earthdata Search. Access to commercial datasets will be subject to the EULA. 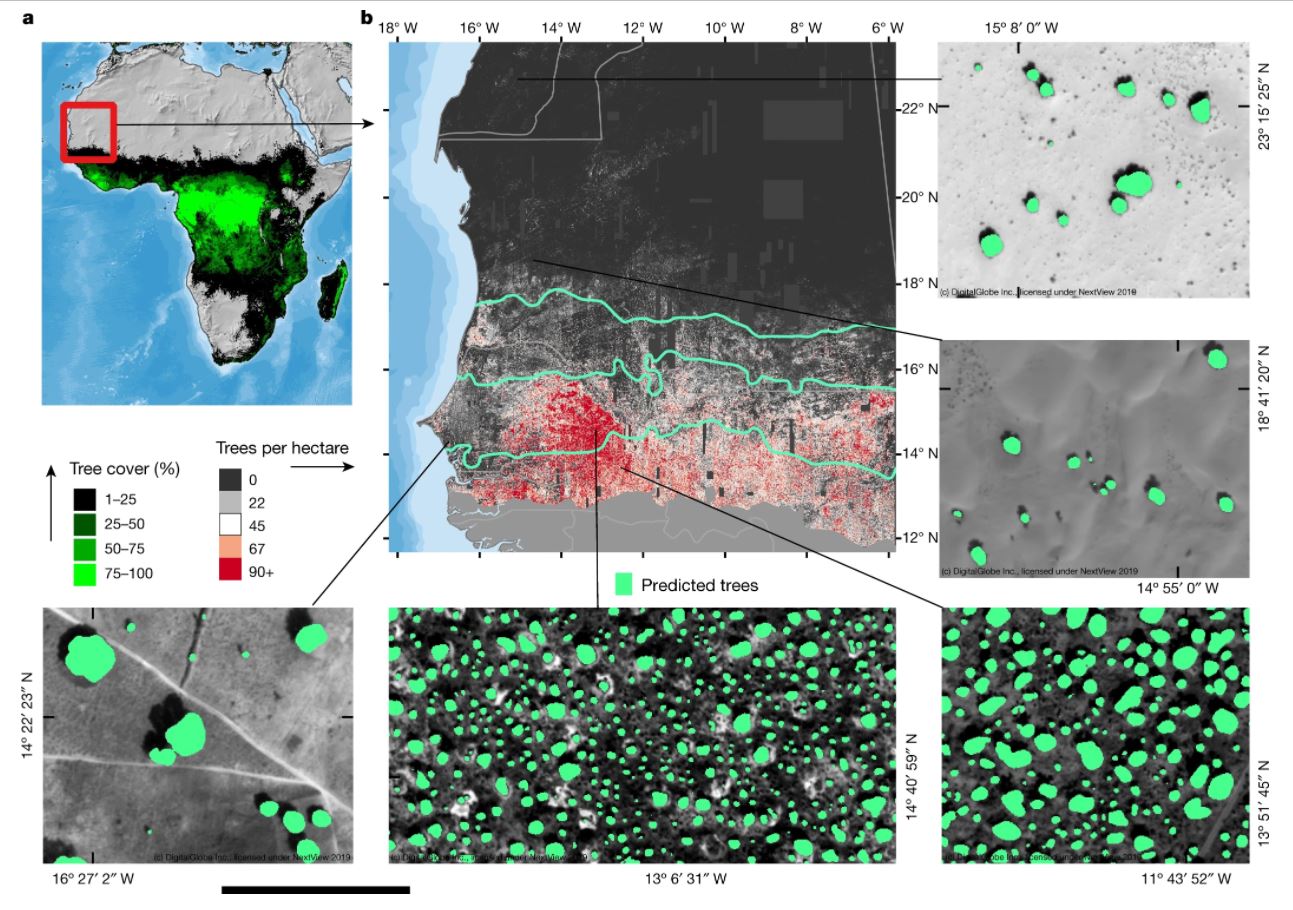 What’s next for the CSDA Program?

In the fall of 2021, CSDA onboarded two new vendors for data evaluation and/or subsequent purchases: Airbus DS Geo (US), Inc for Synthetic Aperture Radar (SAR) and BlackSky Technology Inc for optical imagery. The data evaluations will take place during 2022.

As mentioned previously, CSDA issues a new RFI every 12 to 18 months, to survey the market and see what new data are available. Emphasis is placed on data acquired by satellite constellations, affording the means of complementing NASA acquired data with higher resolutions, increased temporal frequency or other novel capabilities in support of existing and future Earth science and application activities. The next RFI/Announcement of Opportunity will be released around second quarter of calendar year 2022. Interested users should check the CSDA website for information on new data acquisitions and other updates.