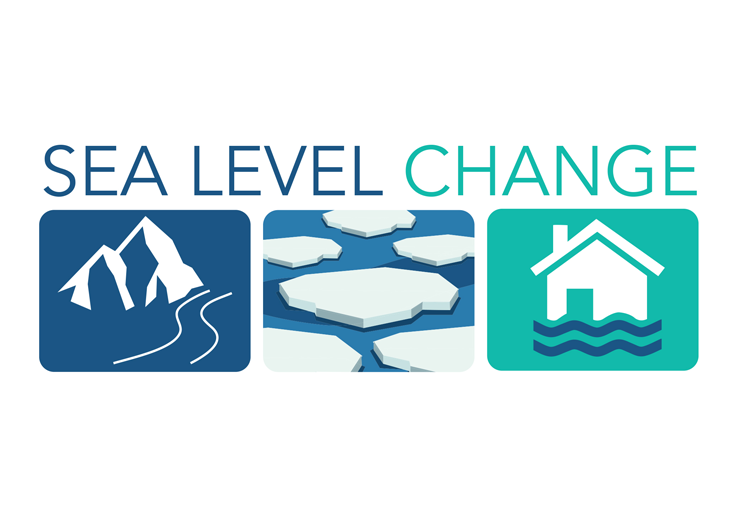 According to the United Nations, 40% of the world's population lives within 100 km of a coast, meaning that close to three billion people could be impacted by changes in sea level. Coastal communities are centers of economic, social, and cultural development; they also provide significant ecological and environmental services. Global mean sea level (GMSL) is increasing at about 3.3 mm/yr and is already having catastrophic effects in coastal communities through flooding, erosion, and storm-related hazards.

These articles, many from the Sensing Our Planet series, highlight some of these efforts. To meet some of the scientists using Earthdata for sea level change research and applications, see our Data User Profiles.

The Precision Behind Sea Level Rise
Knowing the precise location of a satellite in space is critical for determining sea surface height and, through this, the rate of global mean sea level rise.

Solving the Data Puzzle of Sea Level Rise
The new Sea Level Change Data Pathfinder highlights the diversity of datasets used to piece together the status and drivers of sea level rise.

Space-based Ice Sight
After a century of exploration and research, much remains unknown about the so-called seventh continent of Antarctica.

A submarine retreat
New maps get to the bottom of Greenland’s outlet glaciers.

Fragment of its Former Shelf
Disintegration of the Larsen B Ice Shelf.

After the Larsen B
Researchers study the aftermath of the collapse of an Antarctic ice shelf to find out what might happen next.

Fathoming Antarctica
Lakes hidden under the Antarctic ice sheet may play a role in its stability.

Melt-down
Greenland's polar ice is one of the best barometers of the global climate.

Vanishing Ice
By the end of the 2002 season, the total area of surface melt on the Greenland Ice Sheet had broken all known records.

Collecting Data at a Glacial Pace: The Greenland Ice Mapping Project
Greenland’s more than 200 major outlet glaciers are constantly on the move - many of them at some of the fastest speeds ever recorded.

Rising above Tide Gauges
The TOPEX/Poseidon altimeter not only measures absolute sea level relative to the Earth's center, it also provides much greater spatial coverage than tide gauges.

When oceans drop
Could La Niña or El Niño shrink the ocean?

Eye on the Ocean
TOPEX/Poseidon and its follow-on Jason-1 monitor our oceans by collecting sea level data.

Double Vision
TOPEX/Poseidon and Jason-1 use radar altimetry to measure the height of the ocean surface relative to the center of the Earth.