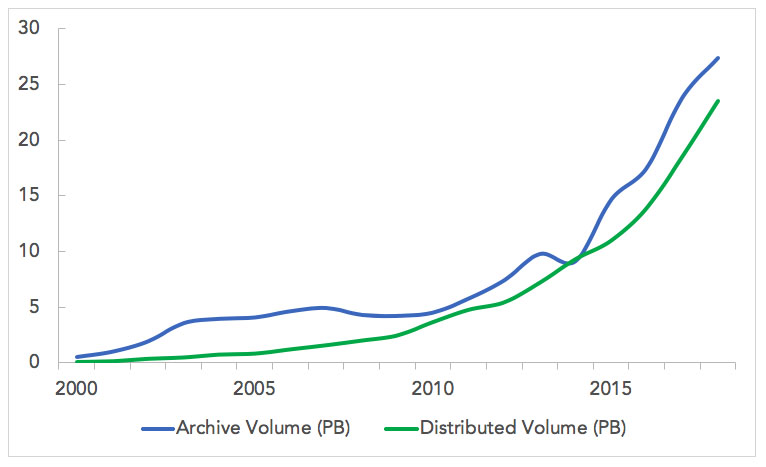 The EOSDIS data archive is growing at an extraordinary pace. At the end of Fiscal Year (FY) 2018, the volume of data in the EOSDIS archive was more than 27.5 petabytes (PB). More than 1.61 billion EOSDIS data products were distributed in FY 2018, with 4.4 million users accessing EOSDIS data and services worldwide.

Investing in the Cloud

A legacy of open data and investment in innovative technology manifested across several ESDS projects and initiatives in 2018. Strategic investments focusing on cloud innovation led to the charter of the Interagency Implementation and Advanced Concepts Team (IMPACT) which will partner with other Federal agencies, the applications community, decision makers, non-governmental organizations, and other organizations to demonstrate the potential of cloud computing. In response to the projected rapid growth of data volumes in the EOSDIS archive, ESDS has begun development and testing of "Cumulus," an open source, cloud-based framework for data ingest, archive, management, and distribution. The Cumulus infrastructure was also used by IMPACT machine learning experts to develop a deep learning-based hurricane intensity estimation portal.

NASA is obtaining access to commercial satellite data to assess the utility of this information in achieving goals and objectives related to the NASA Earth Science Division’s Research and Analysis (R&A) and Applied Sciences (AS) Programs and any associated decision-support applications. The overall objective of the pilot is to determine the viability of purchasing science data products that are directly related or lead to Essential Climate Variables (ECV) from American commercial market vendors.

On September 28, 2018 NASA awarded three vendors for the Small Constellations Satellite Data Buy Pilot: Spire Global, Inc., Planet Labs, Inc., and DigitalGlobe, Inc. There is a robust plan in place to evaluate the utility of the data with results expected in early 2020.

EOSDIS partners with data creators and providers to archive and distribute Earth science data to a global community of millions of users. EOSDIS offers this service through discipline-specific and common tools, at no cost to the data provider, with the added benefit of protecting data from disaster and technology obsolescence. In 2018, EOSDIS updated all of the relevant processes, policies, standards, and documents that proposing data producers must complete as part of the data submission process.

Science portals comprehensively address and communicate information about a specific science issue in collaboration with research and analysis programs. The first of these portals, the Sea Level Change Portal ( SLCP) provides a one-stop source for data, analysis tools, and simulations relevant to sea level rise. Several new datasets were added to the portal in 2018. In 2019, new tools will be added, including a projection tool, a coastal sea level budget tool, and an update of the Data Analysis Tool.

ESDS is an active participant in a number of partnerships, with particular focus on climate data in 2018 and beyond.

A joint NASA/European Space Agency (ESA) team reached the first set of milestones for the development of a pilot phase Multi-Mission Algorithm and Analysis Platform ( MAAP)—a collaborative project focused on improving the understanding of global aboveground terrestrial carbon dynamics. The MAAP platform enables scientists to access essential NASA and ESA data and provides the tools and computing power necessary to analyze these data. The team successfully demonstrated initial interoperability in December 2018 and are currently working towards a second delivery in April 2019.

As part of the NASA Earth Science Public Private Partnerships program, ESDS and the Google Earth Engine (GEE) team are collaborating to create tools that will support NASA in its efforts to maintain and improve data availability and accessibility to all users.

The EOSDIS Communications team collaborated across the program to generate 13 Earth science data discovery and data access webinars. Roughly 1,200 participants from over 200 countries actively participated in the live presentations and several thousand views of the recorded content were viewed on NASA's Earthdata YouTube channel. 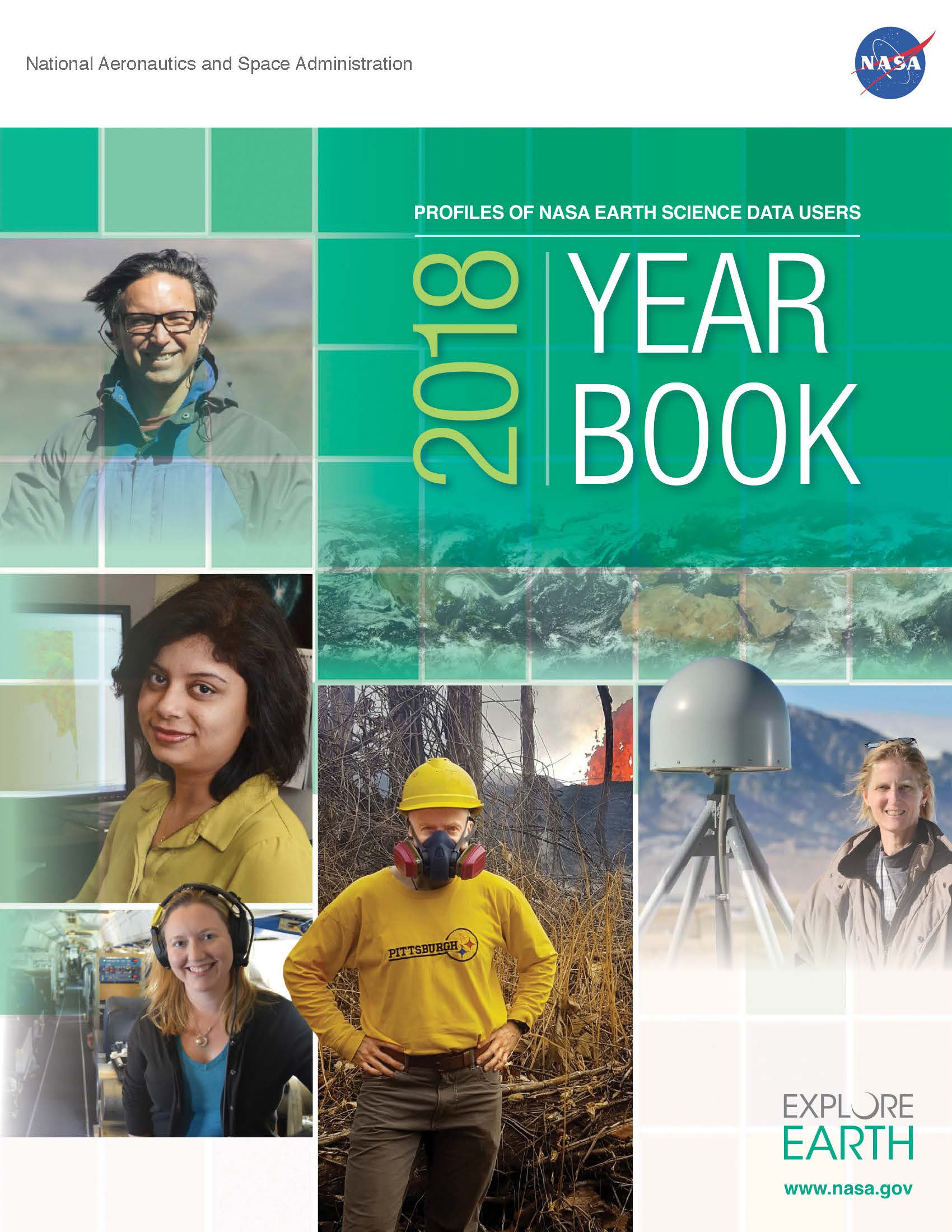 Complementing the webinars, 36 articles were published on NASA's Earthdata website. These articles covered a wide range of topics—from short announcements about new EOSDIS and DAAC products and services to feature articles focusing on cloud computing and mission milestones, such as the 100,000th orbit of NASA’s Terra satellite. The Earthdata Data User Profile series, now in its fifth year, showcases the breadth of work NASA Earth observing data enables.

NASA's Earth Science Division collaborated with the Google Earth team to produce four stories in 2018 for the Google Earth Voyager platform. Three of the stories were based on imagery from the new NASA book, "Earth"—"Waterways from Space," "Ice & Snow from Space," and "Landforms." "Earth at Night," featuring NASA's "Black Marble" data and imagery, was also published in 2018 and received 1.2 million views, making it one of the top five most-viewed stories on the Voyager platform.