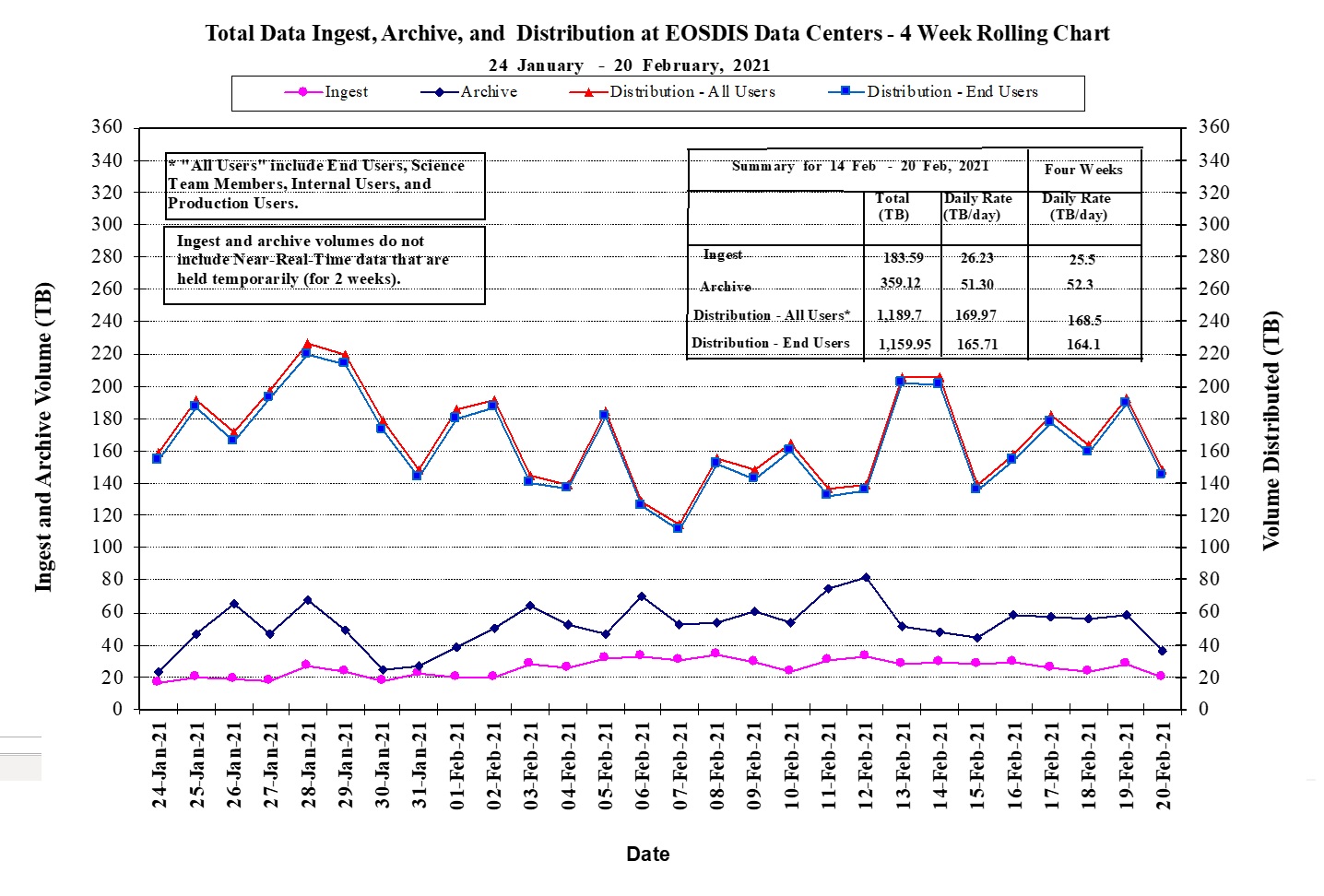 1. The volume distributed to end users per day, as a running average over the last 4 weeks, is ~ 3.1 times the volume added to the archive per day.

2. Higher distribution data volume on February 13th and 14th, 2021 is primarily due to distribution of SENTINEL-5P data by GES DISC. 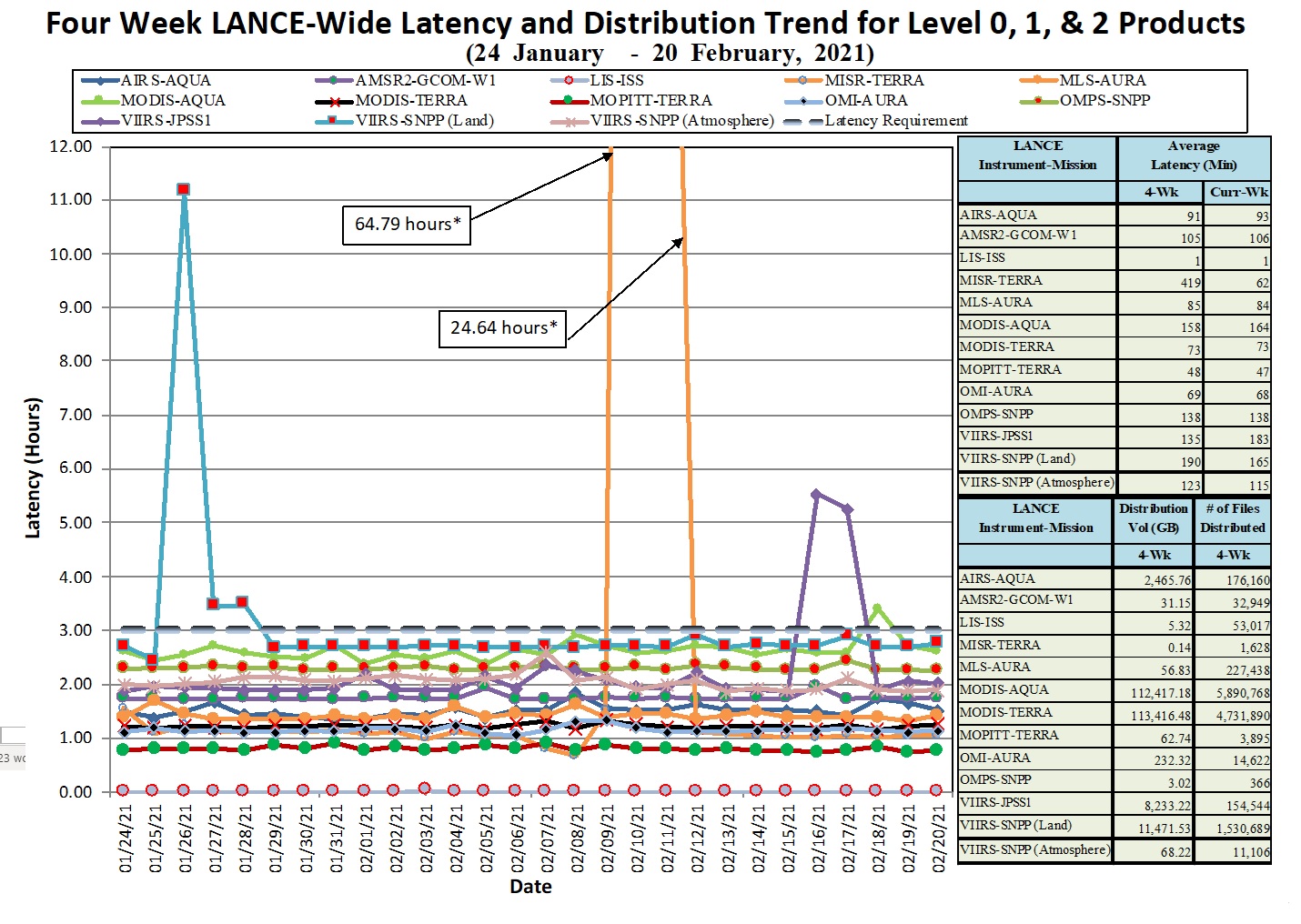 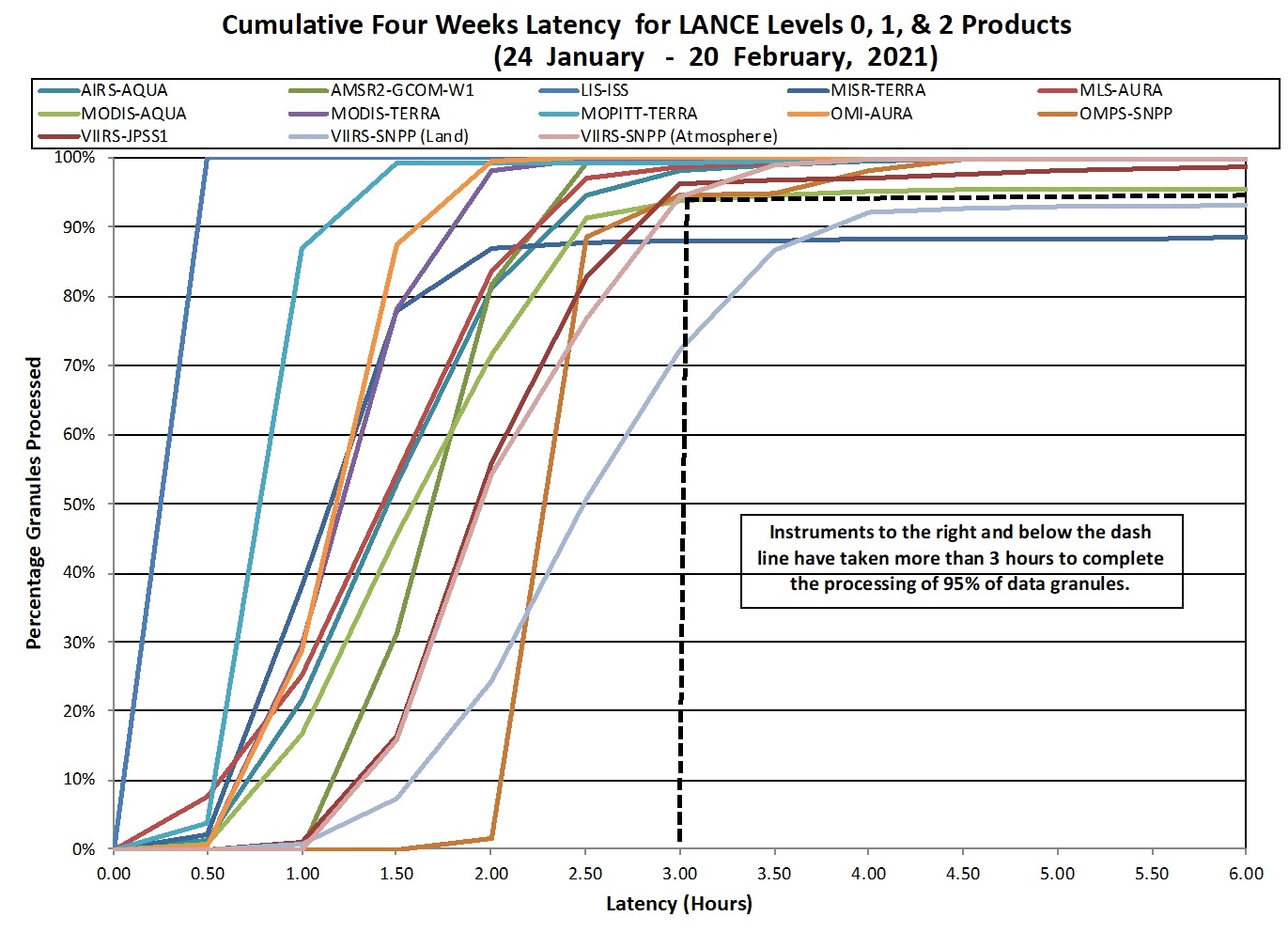 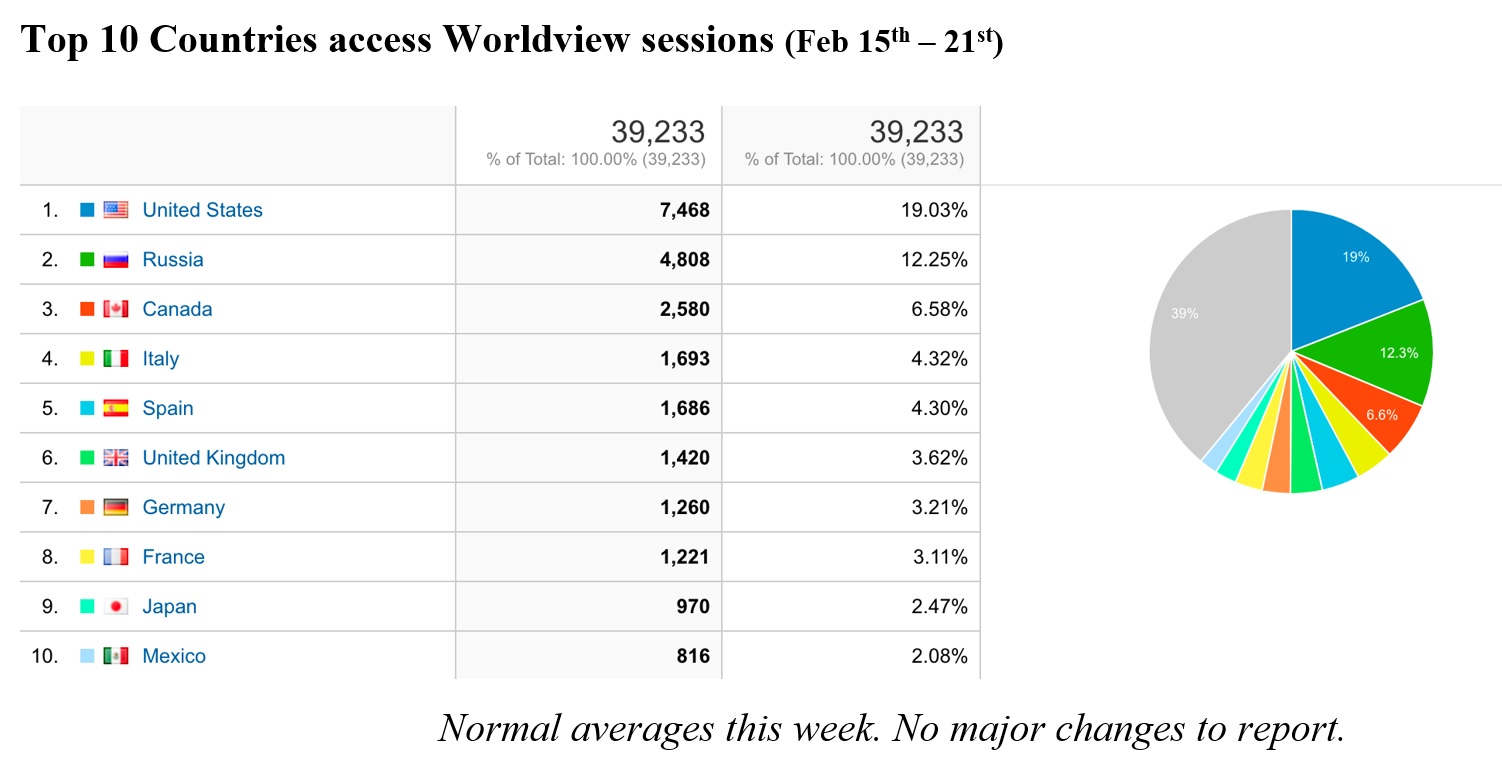