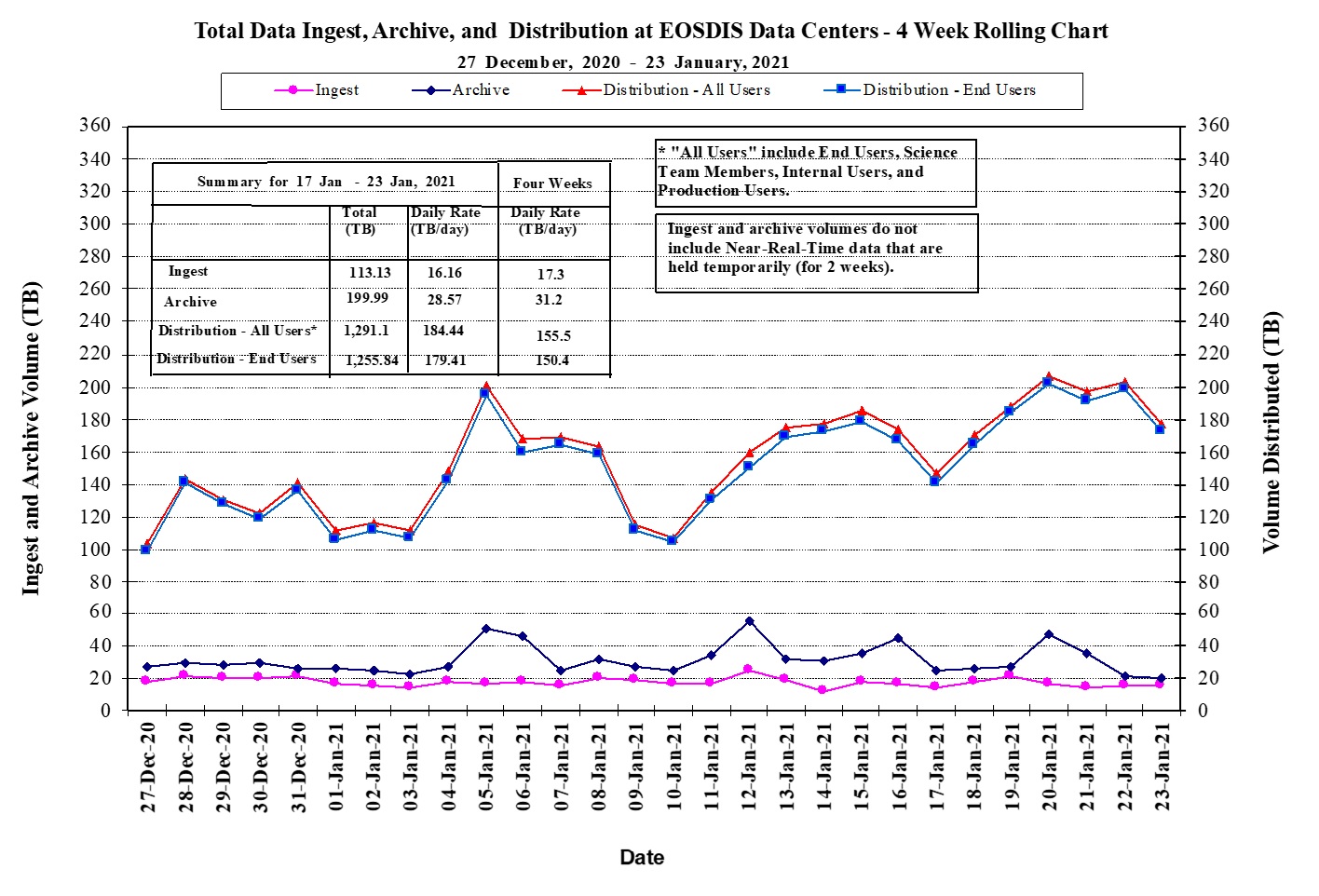 1. The volume distributed to end users per day, as a running average over the last 4 weeks, is ~ 4.8 times the volume added to the archive per day.

2. Higher distribution data volume from January 20-22, 2021 is primarily due to distribution of SENTINEL-1A/1B data by ASF DAAC and MODIS and VIIRS data by LAADS DAAC. 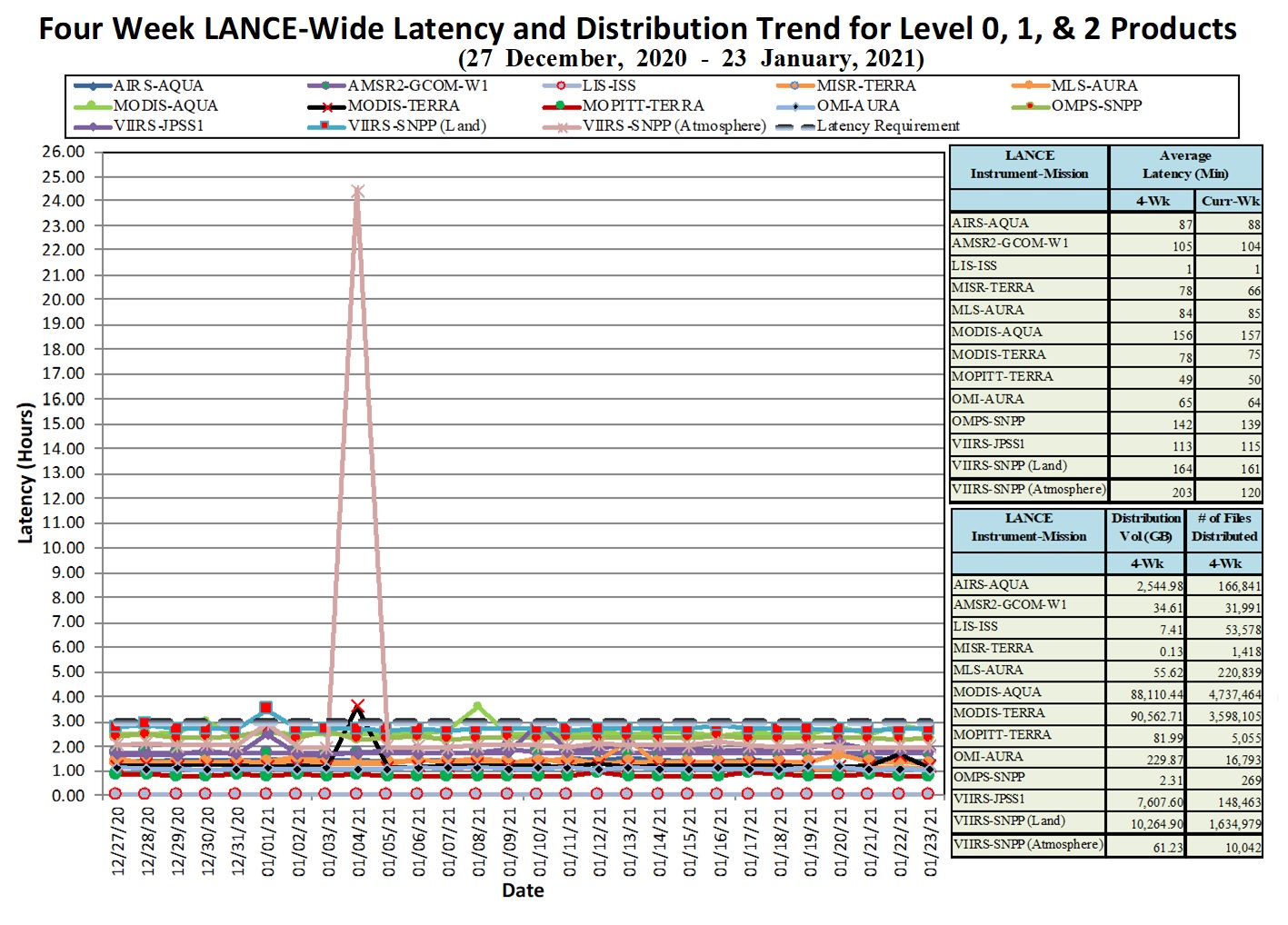 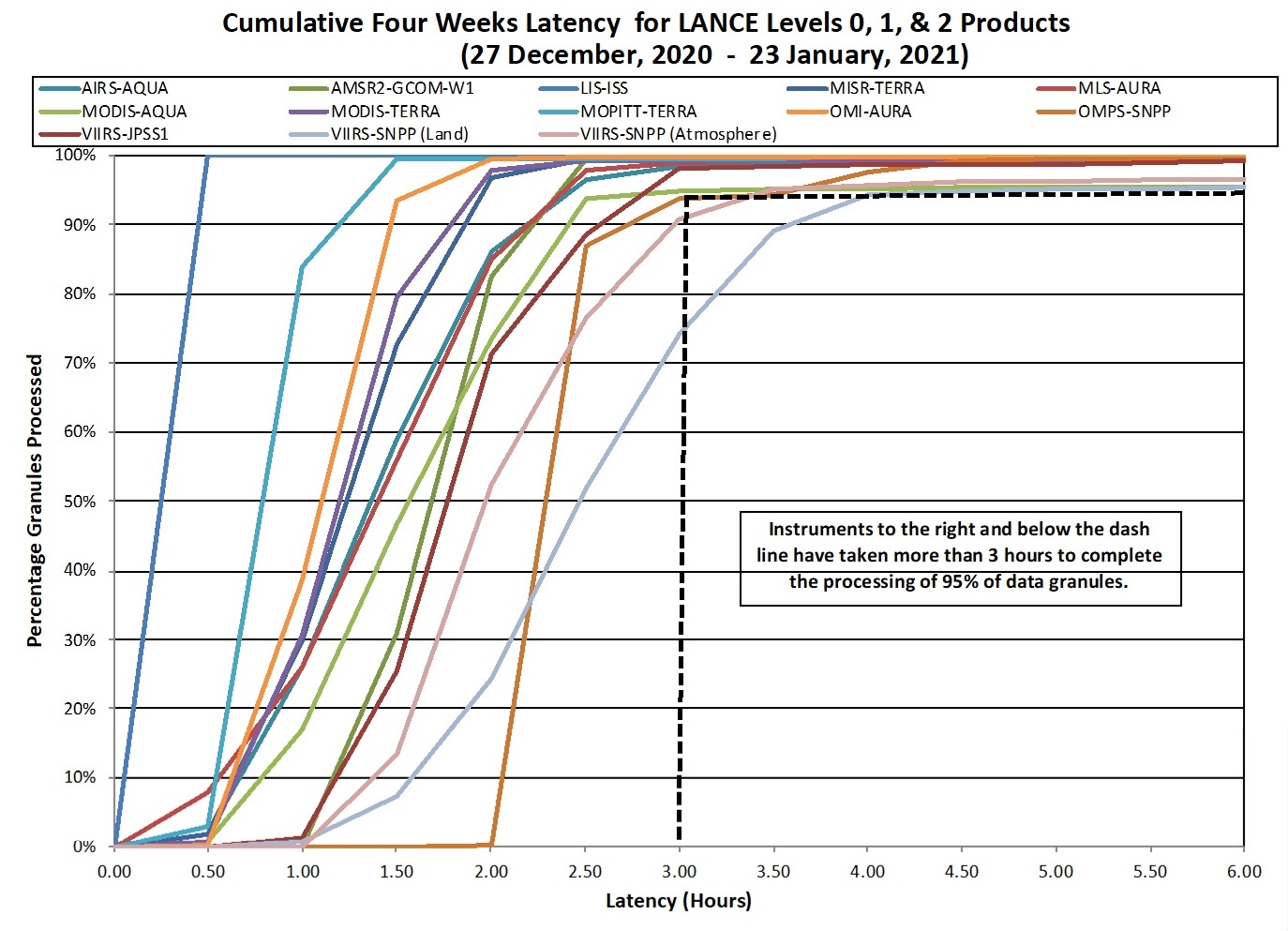 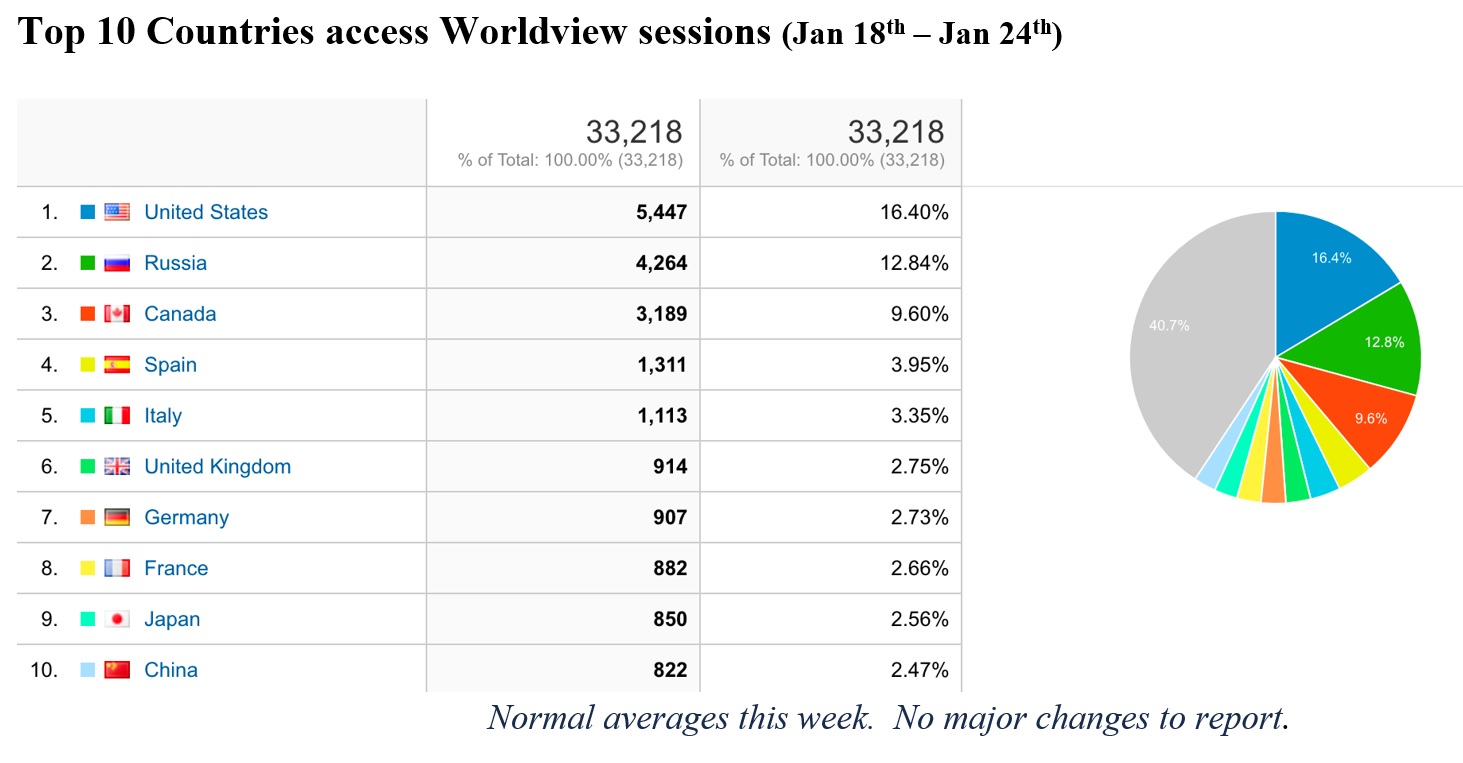